Bigg Boss 15: Seeing Asim Riaz’s brother Umar, who was injured during the task, the actor said – There is pain in every happiness 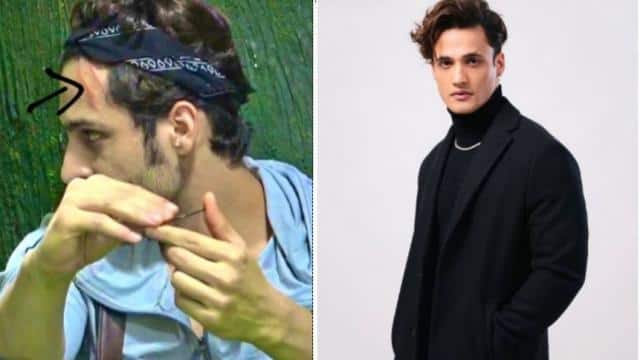 As always, Bigg Boss 15 is in the headlines due to high-voltage drama and fights. Due to the scuffle and abusive language during the task, it has again come in negative news. Meanwhile, Asim Riaz, who was the runner up of Bigg Boss 13, has shared a picture of his elder brother Umar Riaz from his Instagram and told that Umar Riaz has suffered a head injury during the task but still he remains calm, because coming In time he will shine. Apart from Aamis, his girlfriend Himanshi Khurana has also shared the post calling Umar as strong.

Asim shared the photo of his brother on Instagram. In it, injury marks can be seen on Umar’s forehead. However, even after getting injured, Umar did not talk to anyone about this and kept doing the task. His brother liked this thing very much. Praising his brother, Asim has wished him to pursue him and remain in the show.

Asim while sharing the hurt photo of Umar wrote in the caption – You give up everything for what you achieve because in every happiness there is an edge of pain … you will shine my brother. Himanshi Khurana has made Asim’s post his Instagram story and has called him ‘strong’ while supporting Umar.

Umar is a doctor by profession. Not only this, due to his looks, he dominates the social media. She is no less than a model in terms of fitness. Umar has been in the limelight since the day the show premiered. He is registering his presence in the show in some way or the other inside the house. In such a situation, the audience is very happy about them.

In the last episode, during the Simba Nagpal task, Umar taunts her by saying “Gawar,” “Fattu Riaz” that you have reached your brother’s strength, you have no place. He further says- You are jealous of your younger brother and that’s why you want to be like him.