Bigg Boss 15: Rakhi Sawant’s husband Ritesh is a strong entertainer, a glimpse of the promo 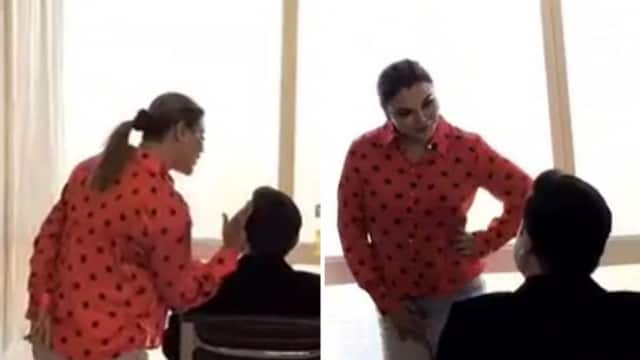 Now entertainment queen Rakhi Sawant’s entry is going to be handled by the continuously falling TRP of Bigg Boss 15. The interesting thing is that this time Rakhi will not be alone but her husband Ritesh will also be with her. The channel has also released the teaser of Rakhi and Ritesh. In this, Rakhi is seen asking her husband, will it work or not? They get answers, of course.

This time Rakhi will entertain with her husband

After the marriage of Rakhi Sawant, her husband has remained the ‘mystery man’ for everyone. Many people think that Rakhi did the drama of marriage and she keeps on assuring people that she is actually married to a man named Ritesh. Rakhi was seen crying for her husband in Bigg Boss 14. Then the audience felt that maybe Ritesh would be called in Bigg Boss, however it did not happen. This time Rakhi is really going to enter with her husband and the channel has also released the teaser.

In this teaser, the old season of Bigg Boss is shown in which Rakhi is crying for her husband. He was also asked in the press conference when Ritesh would come in front of the people. Now finally Ritesh will be entered in Bigg Boss. Rakhi has also told in the interview that she is coming with Ritesh this time. Even in the promo of the channel, Rakhi is seen asking Ritesh, will it work or not? The channel has not shown Riteish’s face to the audience.

Rakhi had to work hard

In a special conversation with Hindustan, when Rakhi was asked how hard it was to bring Ritesh. To this Rakhi replied, I had to struggle a lot. He is a businessman, lawyer and engineer. They have neither the time nor the need. Rakhi also revealed that her husband is a strong entertainer.

EXCLUSIVE: Rakhi Sawant will do a blast with husband Ritesh in Bigg Boss 15, reacted like this on the question of Kangana Ranaut and Salman Khan

Share
Facebook
Twitter
WhatsApp
Previous articleTrolls who gave the tag of ‘old’ to Kareena Kapoor Khan bowed their knees, watching the new video, said ‘Your body…’
Next articleKBC 13: Why did John Abraham as strong as Steele cry in front of Amitabh Bachchan?
RELATED ARTICLES
Entertainment