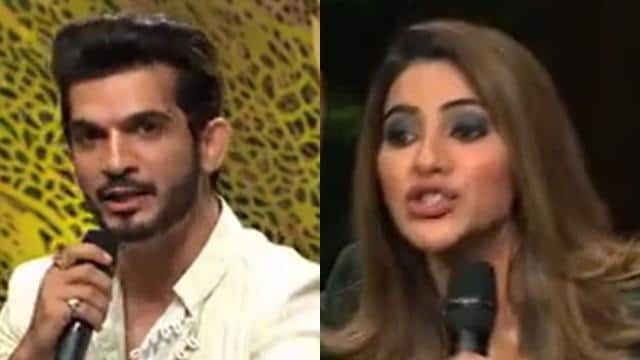 Salman Khan has once again created a buzz in ‘Bigg Boss 15’ Weekend Ka Vaar. In the episode aired on Saturday, he gave classes to some of the contestants for their behavior, while he was seen explaining to some. Now the fans are waiting for the next episode. In Weekend Ka Vaar, some well-known faces of TV are going to be seen who will come to support the contestants of ‘Bigg Boss’.

The new promo of ‘Bigg Boss 15’ has surfaced. Karan Patel, Arjun Bijlani, Neha Bhasin and Nikki Tamboli will be seen on the sets of the show. The four discuss the feud between Jai Bhanushali and Prateek Sahajpal last week. Nikki and Neha were seen supporting Prateek while Karan and Arjun were seen in support of their friend Jai Bhanushali.

Argument between Nikki and Arjun

Nikki says, ‘It is Pratik who is running the show, but who is Jai?’ In response, Karan says, ‘Who is Jai Kaun Hai in Bigg Boss.’ Arjun further says that ‘Pratik always acts as a provocation.’ In support, Nikki said, ‘That’s her game.’ Then Arjun says that ‘hear the abuse on the game then.’

After watching the promo, the fans got more excited about the episode. One user writes that ‘Very excited to see.’ Another wrote- ‘Prateik we support you.’ One user said- ‘Pratik is still living in OTT and is understanding Salman Khan as Karan Johar.’