Bigg Boss 15: Jai Bhanushali wept after seeing the gifts that came from home on Diwali, the contestants also became emotional 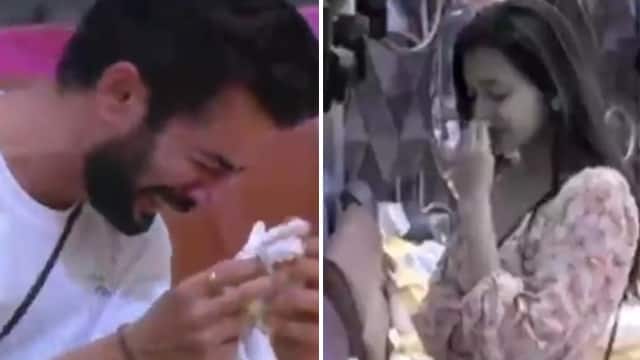 Every year on the occasion of Diwali, there are a lot of explosions in the Bigg Boss house. Since the beginning of this week, the house of Bigg Boss 15 has been lit up with lights. This week some guest has definitely come to the house of Bigg Boss 15 every day. Now the makers are going to give gifts to the contestants from their homes on the special occasion of Diwali. Everyone knows that nothing is easily available in Bigg Boss house. In such a situation, in return for these gifts, the contestants will also have to make a big sacrifice. The makers have released a promo of today’s episode, which will make anyone emotional.

Actually, in return for these gifts, the contestants will have to make a big sacrifice in the captaincy task. It is clear from the promo that came out that Tejashwi Prakash has not received the gift from home. For this reason she is getting angry on Shamita Shetty. Soon after, she is seen going into the bedroom shedding tears alone. In the promo, Jai Bhanushali is seen pleading a lot to get the gift from home.

There is going to be a shock on Diwali

The makers of Bigg Boss 15 are going to give a big shock to the contestants on the night of Diwali. Recently, a promo of this show was revealed, in which Bigg Boss made an announcement about the twist in the elimination. During this announcement, Bigg Boss had said that on the occasion of Diwali, there are going to be shocking eliminations in the house.