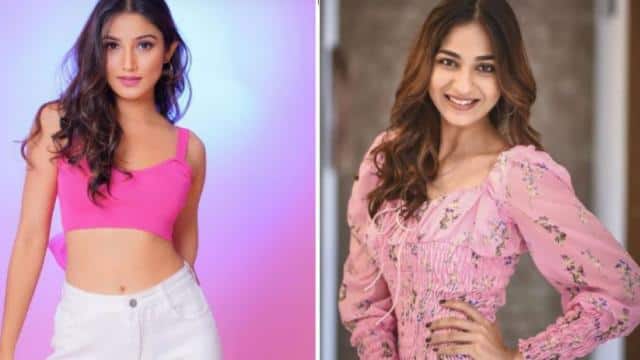 TV actress Vidhi Pandya and Donal Bisht were evicted in the mid-week eviction of Bigg Boss 15. Simultaneously, 8 people have been nominated in the process of homelessness. Apart from this, the new captain of Bigg Boss has now become the contestant Nishant.

Family members were punished for violating the rules

It is shown in the episode that the housemates were sleeping despite Bigg Boss repeatedly playing the hooter. Despite not having permission to use the bathroom, the forest dwellers were seen using the bathroom of the family members. Seeing all this, the dam of patience of Bigg Boss breaks down and they issue a decree to punish the family members in three stages. In the first phase, the housemates Nishant, Shamita, Prateek Sahajpal, Akasa, Jai Bhanushali, Tejashwi and Vishal Kotian were sentenced to live in the forest.

Vidhi Pandya and Donal Bisht are out of the house

In the second stage of punishment, Bigg Boss gives a shocking verdict, which is related to weed eviction. According to the decree of Bigg Boss, the housemates are asked to find such contestants, whose contribution was the least in the house. However, this decision will be taken by the family members with mutual consent and any member who comes in this list will be evicted from the house. The housemates take the names of Vidhi Pandya and Donal Bisht and thus both are evicted from the house. With this, the journey of both of them ended in Bigg Boss house.

These contestants were also nominated along with Shamita Shetty, Karan Kundrra

Before Bigg Boss announces the third phase of punishment, the housemates discuss the new captain’s captaincy. Nishant becomes the new captain of the house. After this, Bigg Boss decides that Nishant is given special grounds as the captain and asks him to name the 8 members of the house whom he wants to see in the nomination process to be held this week. Nishant names Ishaan Sehgal, Maisha Iyer, Umar Riaz, Simmba, Afsana, Shamita Shetty, Karan Kundrra and Vishal Kotian, using his special base.