Bigg Boss 15: As soon as Bharti Singh and Harsh Limbachiyaa come on the show, the contestants will sleep, there will be shocking elimination 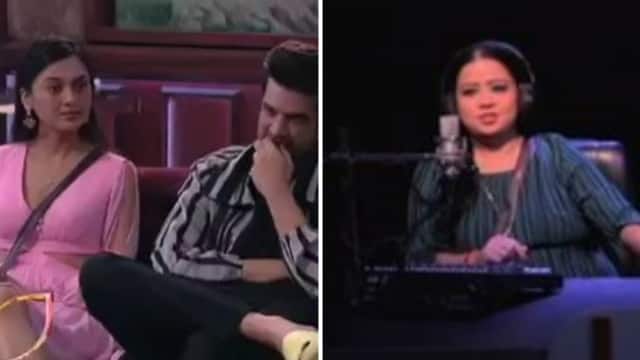 Tonight in the house of Bigg Boss 15, the contestants are going to be blamed. Bharti Singh and Harsh Limbachiyaa are going to enter the upcoming episode of the show. The makers have released a scintillating promo of tonight’s episode, in which an announcement from Harsh and Bharti has brought color to the faces of the family members. It has become clear from this promo that the makers have made a complete plan to shock the contestants.

Will have shocking elimination

Bharti and Harsh will come home and announce the next elimination. According to the information coming out, Jai Bhanushali’s leaf has been cut from Bigg Boss 15. Earlier this week Simmba Nagpal has also been evicted from the show. There are also reports that there will be more eliminations in the coming weeks.

Rakhi will have a bang entry

Rakhi Sawant is going to enter Bigg Boss 15 to add a touch of entertainment. Rakhi Sawant will come this time with her husband Ritesh in the show. A promo of the show has surfaced, in which Rakhi is showing a glimpse of her husband. Rakhi’s husband is also very excited to appear in Bigg Boss 15.

Viewers are pointing fingers at the makers

The way the makers have thrown out the contestants in the show in the past, that thing has only left the audience exasperated. Frustrated by Simmba Nagpal and Jai Bhanushali’s eviction, fans are constantly engaged in narrating the makers on Twitter.