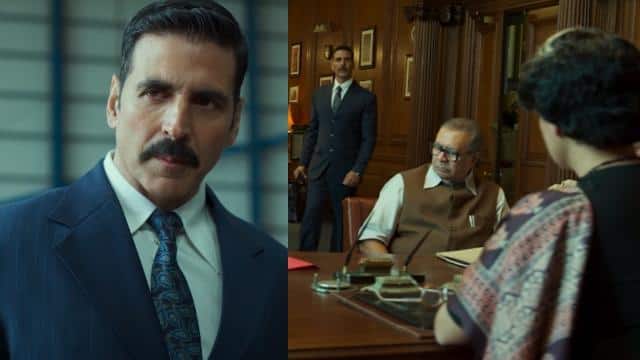 Many big actors including Akshay Kumar, Vaani Kapoor and Lara Dutta starrer film ‘Belbottom’ has been released today. This film of Akshay is the first film to be released after the second wave of Pandemic Corona. Akshay was quite sure that this film would help bring the cinema business back on track. The patriotic avatar of Akshay Kumar is being seen in this film.

On the other hand, if we talk about the review of the film, the way Akshay is seen in the tailored suit of the 80s era in the role of R&AW agent in ‘Bellbottom’, his role is tailor-made for him in the same way. Directed by Ranjit M Tiwari, this film brings you a seated thriller. Based on true events, ‘Bellbottom’… is the third such film to release in a week after ‘Sher Shah’ and ‘Bhuj’. Well researched script, effective screenplay and engaging storytelling are the highlights of this film.

based on real events

The film shows the real hijacking incidents that took place in the 1980s, which shook the nation. The film tells about an incident related to the Indian Airlines flight ICC 691 taking off from Delhi, which was hijacked by four terrorists on 24 August 1984. This was the fifth plane hijacking incident in seven years. Actress Lara Dutta played the role of the then Prime Minister Indira Gandhi in this film.

plot
The film begins with Prime Minister Indira Gandhi taking action, fed up with the incidents of plane hijacking… According to the planning, the Pakistani government is allowed to negotiate with the hijackers. Meanwhile, undercover RAW agent Anshul Malhotra (Akshay Kumar) has a different plan. The codename of this agent is ‘bellbottom’. Anshul not only wants to save the 210 passengers but also wants to catch the hijackers. After this, how he runs India’s first covert mission and how the story progresses is enough to keep the audience glued to the seat.

Ranjit M Tiwari’s directorial approach is quite settled, he manages to engage the audience in every scene. Along with this, Rajeev Ravi’s cinematography captures every city from London to Duba in a spectacular manner.