BB OTT: Divya Aggarwal got furious for putting Dettol in her eyes, Akshara Singh said – don’t hang on your forehead Bumper fights have started in Bigg Boss OTT. The argument between Divya Aggarwal and Riddhima Pandit escalated so much that even a fight came to the fore. The matter was such that during a task Riddhima put Dettol on Divya’s head which went into her eyes. After this Divya got furious. Divya started abusing and started shouting at the rest of the family members too. Meanwhile, the family members kept trying to silence them. Meanwhile, Akshara Singh, who was furious with the abuse, also told him fiercely.

During the task, Divya was standing with her eyes closed when Riddhima poured a bottle of Dettol on her head. Divya started screaming as soon as she entered Dettol’s eye, what is this, what did she put in my eye? When someone told her that there was Dettol, she got angry, said, are you guys crazy? In the meantime, she started abusing in anger and started pouring water on the people standing nearby. Riddhima also apologized to him but his anger did not subside. In the meantime, Akshara Singh also came and said, do not hang on your forehead by speaking. You guys be polite. You people will have a habit of abusing each other and making tamasha. 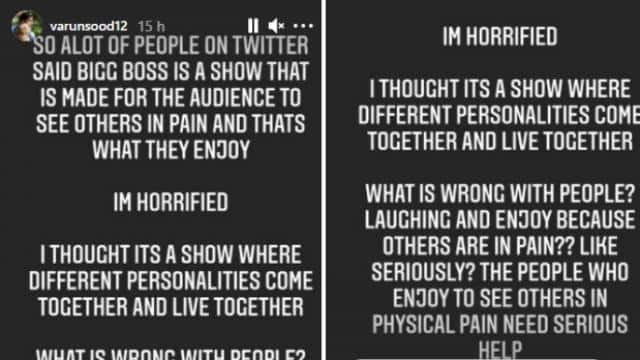 Divya’s boyfriend Varun Sood has also reacted on this matter. He wrote on his Instagram story, many people are saying on Twitter that Bigg Boss should be a show that is made to show the audience the pain of others and people enjoy it too. I’m scared I thought people of different personalities would live together in this show. What happened to the people?