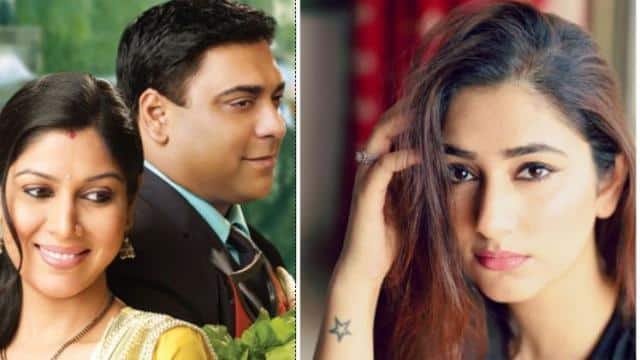 After the refusal of TV actress Divyanka Tripathi, now a special information has come out related to the lead actress of ‘Bade Acche Lagte Hain’. After knowing this, the fans of this show will be happy. According to the report, Disha Parmar will be seen in place of Sakshi Tanwar in the second season of this show. Actor Nakuul Mehta will play the role of Ram Kapoor.

Disha and Nakul will pair up

After eight years, ‘Bade Achhe Lagte Hain 2’ is returning to the world of TV to win over the audience again. Ram Kapoor and Sakshi Tanwar were seen in lead roles from this serial. The show ruled the hearts of the audience for almost 3 years. Now according to the report of entertainment and TV news site Telly Chakkar, Nakuul Mehta’s opposite Disha Parmar will be seen in the lead role in this show. The makers are once again bringing Disha and Nakul together. However, no official announcement has been made about this yet.

Disha and Nakul were seen together in this show

Let us inform that earlier Disha and Nakul had worked together in the TV show ‘Pyaar Ka Dard Hai Meetha- Meetha Pyara Pyara’. Disha-Nakul’s pair was well-liked from this show itself. In the show, Nakul played the role of Aditya and Disha played the role of Pankhuri. Disha was successful in making her own identity with this show. After this, in 2017, Disha played the lead role in GTV’s show Woh Apna Sa. In this, she was in the role of Jhanvi / Jiya. This show was also well liked.

Disha Parmar married singer Rahul Vaidya on 16 July 2021 at the Grand Hyatt Hotel in Mumbai among her family and friends. The couple’s wedding has been considered one of the most talked about weddings of this year. Not only the wedding and pre-wedding pictures of both, but the post-wedding pictures and videos also went viral on social media. Disha is enjoying her married life these days. Now it has to be seen whether she would have agreed to do this show or not.