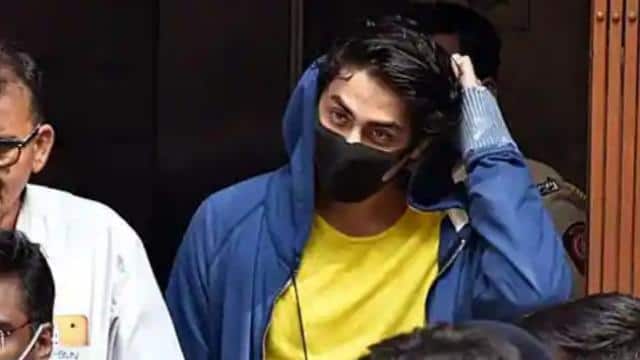 Shahrukh Khan’s son Aryan Khan will have to spend in jail till October 20. Court has reserved its verdict in the Cruise Drugs Party case. In the court, the Narcotics Control Bureau (NCB) strongly opposed Aryan Khan’s bail and presented strong arguments on his behalf. The investigating agency made serious allegations against Aryan like drugs chat, connections with international drug peddlers and drug trafficking. NCB cited Aryan Khan’s WhatsApp chat which has created problems for him.

Based on Aryan Khan’s WhatsApp chat, three points emerge.
1: According to the report of LiveLaw, the 6 grams of charas found with Arbaaz Merchant was for Arbaaz as well as Aryan. NCB’s counsel Additional Solicitor General Anil Singh asked the court to note the WhatsApp chat between Arbaaz and Aryan- ‘They said they were going to blast’.

ASG says that the panchnama clearly shows that the 6 gms of charas found from Arbaaz Merchant’s shoe was for their consumption.

“They said ‘they’ are going to have a blast,” please note this. #AryanKhanBail

3. There was a mention of ‘bulk quantity’ in Aryan Khan’s WhatsApp chat. The NCB argued that it was not for personal use and accused Aryan of smuggling drugs.

What did Aryan’s lawyer say?

Amit Desai and Satish Manshinde represented the court on behalf of Aryan Khan. Amit Desai said that WhatsApp chat doesn’t matter the most in this case. He said that today’s generation uses a different type of English for their conversation which is very different from normal English.

No mention of drugs anywhere in the chat

Desai says, “Today’s generation talks in English which is not Queen’s English… Older generation calls it torture many times… Their way of talking is completely different.”

He also argued that Aryan spent some time abroad, if the conversation is of that time then it should be remembered that many things are legal in other countries. Desai said, “Conversations on chat can be misunderstood at times. WhatsApp chats are considered private conversations. There is no message or conversation on mobile about the rave party.

‘We need to see this… it’s a joke of the youth… friendship… gossip, joke… is anyone telling that i got this, i did this… Joking or joking about this?’

However, the decision on Aryan Khan’s bail will now come on October 20. He is currently lodged in Arthur Road Jail. Aryan was caught by the NCB on the late night of 2 October from a cruise in Mumbai.

Share
Facebook
Twitter
WhatsApp
Previous articleSanak Review: It will be difficult to watch the 2-hour ‘craze’, did not even enjoy Vidyut’s action
Next article‘Gulabo Sitabo’ actress Farooq Zafar passed away, was having trouble breathing
RELATED ARTICLES
Entertainment