Arshi Khan’s pain after repeatedly raising questions on nationality, said – I am not a Pakistani, I am an Afghan Pathan 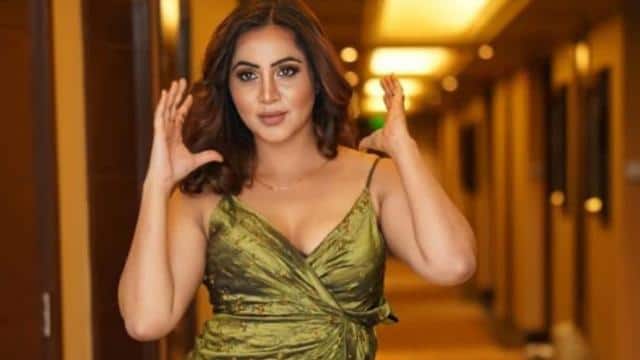 Bigg Boss fame actress Arshi Khan is always trolled on social media by calling her a Pakistani. Not only this, trollers often threaten him. To remove the confusion of the people, Arshi once again came in front of the media. Along with expressing her pain, she has revealed her real identity in front of people and revealed where she belongs in real, and what she is at heart.

I am Hindustani but their roots are from Afghanistan

Arshi has claimed in the middle of ETimes that she is an Indian, but her roots are from Afghanistan. She says in her disclosure, “She is an Afghani Pathan, and her family belongs to the Yusuf Zaheer Pathan ethnic group. My grandfather came to India from Afghanistan. He was a jailer in Bhopal. Even though my roots are associated with Afghanistan, but I am Indian.

Arshi’s professional life got real because of ‘Pakistani’ tag

Talking about her pain, Arshi further says that I have faced many difficulties. People used to target and raise questions about my citizenship without any meaning. Being tagged ‘Pakistani’ has affected my professional life the most. This is the sad experience of my life. She adds, “I want to make it clear once and for all that I am an Indian in every way. I have all the identity cards approved by the Government of India. I am not from Pakistan but from India. ”

Troubled by Taliban occupation of Afghanistan

Let us tell you that since the occupation of Afghanistan by the Taliban, Arshi was worried about her relatives and friends. Talking to Spotboye about this, Arshi had said, “I was born in Afghanistan and later moved to India with my family. After the Taliban rule came into force, now I am worried about the women citizens there. I am very scared and I can’t even eat my food properly. My family is praying to God to help them.”