Anupama: Anupama will leave Anuj Kapadia’s side for the sake of family and Nandini will return to US for summer 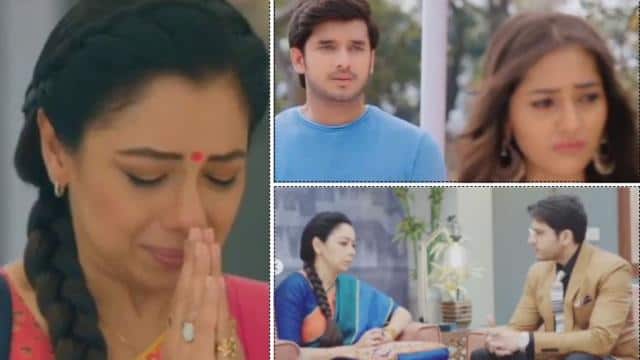 The TV serial ‘Anupama’ is simultaneously entertaining the audience with many big twists. While Anupama (Rupali Ganguly), Vanraj (Sudhanshu Pandey) and Anuj Kapadia (Gaurav Khanna), Kavya (Madalsa Sharma) are seen entangled in their professional and personal lives in the show, on the other hand Anupama’s son Samar and his girlfriend Nandini is seen getting embroiled in a trouble. If reports are to be believed, Anupama will quit her job to take care of her house in the upcoming show and her future daughter-in-law Nandini will move away from him to save Samar.

Nandini will get away from him to save Samar!

The precap video of Anupama’s show is going viral on Instagram, in which Nandini tells Anupama that Rohan will kill Samar if she doesn’t go back to the US. Hearing this from Nandini, Anupama is shocked and Nandini, crying, picks up her bag and leaves. For your information, let us tell you that Samar has gone to Delhi for a special event, which Rohan has been aware of. In Delhi, Rohan repeatedly attacks her with a deadly attack, although again and again Samar escapes. In such a situation, Nandini wants to end this game by taking a big decision.

Now what will be the end of Anuj and Anupama’s friendship!

Now talking about Anupama, she is already pricking the eyes of the family members about her relationship with Anuj Kapadia. Baa and Vanraj Shah are repeatedly pressurizing him to leave the job. In such a situation, she is entangled in family and job. At the same time, due to his job, there are frequent quarrels in his family and his children seem to be away from him. In the last episode, after listening to daughter Pakhi, Anupama decides that she will leave the job.

A video of the show is going viral in which it can be seen that Anupama goes to Anuj’s office and asks him to end the partnership. Now it will be interesting to see how Kavya and Anuj react after listening to Anupama. Anupama’s life will now be a new track, it will be known from the upcoming show.