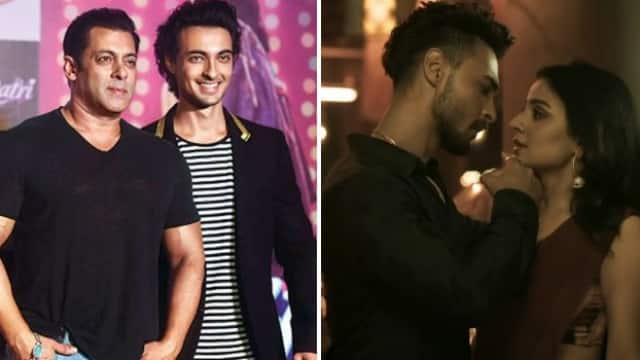 Salman Khan’s brother-in-law Aayush Sharma is very excited about the release of his second film ‘Antim’. Thanks to the film, she got a chance to work onscreen with Salman Khan. The trailer and songs of the film have been well received by the people and now everyone is waiting for the release of ‘Antim’. There are many dangerous action scenes in the film final, which Aayush Sharma has easily completed, but while shooting for one scene, he became quite uncomfortable.

Ayush was scared of kissing scene

Aayush was supposed to shoot several intimate scenes with Mahima Makwana in the song ‘Hone Laga’ from the film. During this time, when he came to know that there is a kissing scene in the song, his condition only got worse. In an interview given to Zoom, Aayush has revealed that thousands of things were going on in his mind while shooting for this scene. During this, he only felt that when his wife Arpita and children would see this, how would they react?

Aayush has said in this interview that I requested the director of the film Mahesh Majrekar that sir please do not do this to me, it is a gangster film, so do not focus on love story. I kept pleading before him like a small child. I also went to Mahima and asked her to tell the director that she is also facing problem in doing this scene.

When Aayush started getting very upset, Mahesh Manjrekar told that he is just having fun. Talk about the release of the film ‘Antim’, then this film is going to knock in theaters on 26 November 2021. In the film, Salman Khan will be seen in the role of a cop, while Aayush will play the role of a gangster.

Share
Facebook
Twitter
WhatsApp
Previous articleAnupama Spoiler Alert: Anupama’s demand will be met by Anuj, Babu ji will have a heart attack?
Next articleRajkummar Rao wore the ring to Patralekha on his knees, video leaked from the wedding celebration
RELATED ARTICLES
Entertainment