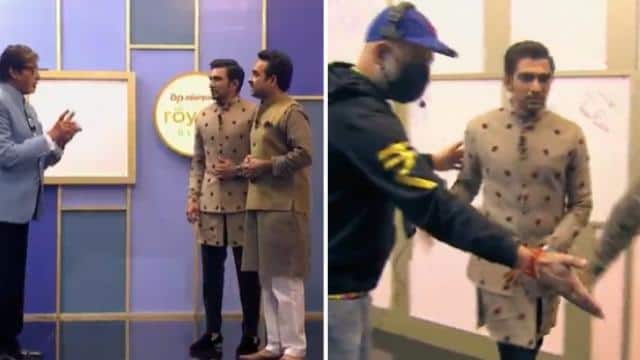 Sony Entertainment Television has released the new promo of KBC 13. Talented actors Pankaj Tripathi and Prateek Gandhi are coming as Syllab Guest this Friday to participate in the show. It is shown in the promo that even after calling the names, both do not reach the stage. When Amitabh Bachchan goes backstage to find out the reason for the delay, the two are seen taking a walk. On this Big B asks them the reason, then both start making excuses.

Prateek says that he had eaten chutney in the morning, it was a bit spicy, so… while Pankaj says with folded hands, Sir, Rahu Kaal is going on now, so don’t take it during Question Hour. On this, Amitabh Bachchan says to both, all this excuse will not work here. He then asks the staff members to bring him on stage.