Akshay Kumar’s ‘Bell Bottom’ banned in these three countries, know what is the reason 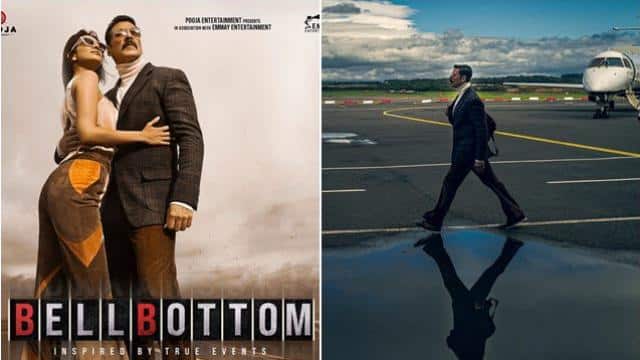 On August 19, Bollywood’s ‘Khiladi’ actor Akshay Kumar’s film Bell Bottom was released in theaters. The film is getting praise from the critics and the love of the audience, although Bell Bottom has been banned by three Arab countries, due to which a scene of the film is being told.

In which three countries was bell bottom banned?
According to media reports, three Arab countries have refused to release Akshay Kumar’s film Bell Bottom. These countries are Saudi Arabia, Kuwait and Qatar. It is being told that the censor board of these countries has objected to a scene in the film. Due to which the film could not be released there.

what is the reason
According to the information, the Censor Board of UAE says that the film Bell Bottom has shown a bad image of the three countries. Along with this, it is also being told that history has also been tampered with in the film. It is shown in the film that a plane was brought from Lahore to Dubai after the hijack, where Indian officers carry out the secret mission. While it is said that the UAE forces caught the hijackers and the then Defense Minister of the UAE also intervened in the matter.

how is box office collection
After the release of the film, it was estimated that it would have crossed the three crore mark on the opening day but it did not happen. There was a collection of 2.50 crores on the first day. On the second day, the film earned around 2.40 crores. In this way, in two days, ‘Bell Bottom’ has crossed the mark of about five crores. Let us tell you that along with Akshay Kumar, Lara Dutta, Vaani Kapoor, Huma Qureshi and Adil Hussain are also in the lead roles in Bell Bottom.

akshay kumar upcoming movies
It is worth noting that on one hand, Akshay was busy shooting for the film Ram Setu till some time ago, while on the other hand he has completed the shoot of the film Atrangi Re. Sara Ali Khan and Dhanush will be seen with him in Atrangi Re. Apart from this, Akshay’s Sooryavanshi is also ready for release, but due to Kovid, its release is stuck. Along with all these films, Akshay Kumar also has Prithviraj, Raksha Bandhan and Bachchan Pandey.