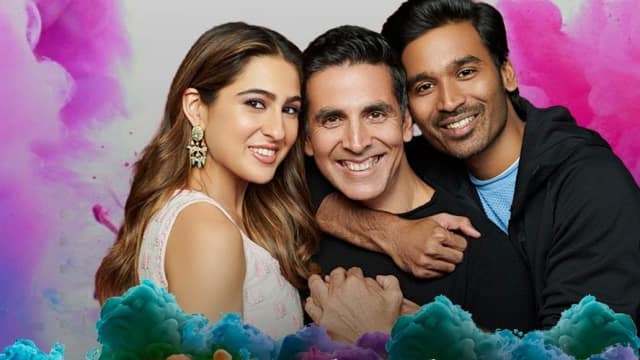 Bollywood Akshay Kumar is in news for his upcoming film ‘Atrangi Re’. Even though Akshay is going to be seen as a guest appearance in this film, but his role is very special for this film, while it is very special for him to complete the role of Sara and Dhanush. There are many strange questions in the mind of people regarding Akshay’s small role in the film, to which ‘Khiladi’ Kumar himself has come forward to answer and giving the reason for this, he has praised Sara-Dhanush’s acting. Let us tell you that Sara Ali Khan and Dhanush are playing lead roles in ‘Atrangi Re’. Directed by director Aanand L Rai, the film is releasing on OTT on December 24.

Told why did you play a very small role in ‘Atrangi Re’?

Ahead of the film, the Khiladi of Bollywood credited Sara Ali Khan and Dhanush for the entire film, saying that they are only in a pivotal role in the Aanand L Rai directorial. During an interview, Akshay said, “The film is basically based on the characters of Dhanush and Sara, they are the main characters of the film. I have a special role in the film. Aanand Rai was earlier confident that I would say no to the film as it was a small role. But I really liked the story of the film, it is actually an ‘atrangi’ (extraordinary) story. I never thought that someone could turn a love story into a film script like this. So when I said yes to it, Anand Rai was stunned. They thought there was only a one per cent chance that I would agree to do the film and that’s what happened.”

Akshay is working with Aanand Rai for the first time through ‘Atrangi Re’, the story of the film is said to be based on a very complicated love triangle. Praising the director of the film, Akshay said that Anand impresses with his understanding and thinking and I love the way Anand makes films on real issues and topics related to real life. I want to work with him in future as well. Let us tell you that Anand is known for directing films like ‘Tanu Weds Manu’, ‘Raanjhanaa’ and ‘Zero’.