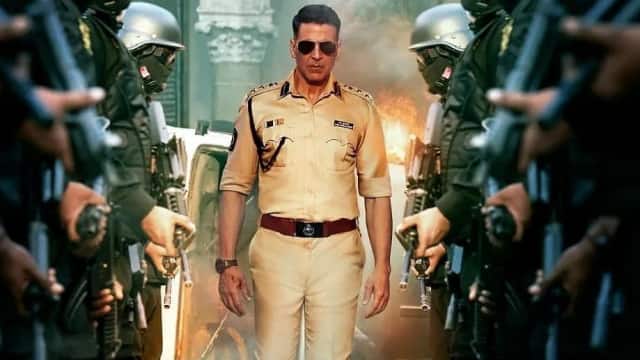 Rohit Shetty directed Sooryavanshi was released in theaters on the special occasion of Diwali. Akshay Kumar and Katrina Kaif starrer released on 3519 screens, the film has earned Rs 26.29 crore on the very first day of its release. Meanwhile, another record has been registered in the name of Suryavanshi.

Suryavanshi made a record
Actually, according to a social media post of Book My Show, on November 5, up to a maximum of 17 tickets have been sold in one second of the film Sooryavanshi. At the same time, it has also been told in the post that within 24 hours, more than 7 lakh tickets of the film have been sold, which is the highest Book My Show for any Bollywood film.

#sooryavanshi hits a peak of 17 tickets sold per second on Nov 5th!

More than 700,000 tickets sold in less than 24 hours making it the highest ever peak for a Hindi movie on #BookMyShow ️

Kya Ho Siya Singham 3 Story Plot
Ajay Devgan, who became ‘Singham’ in a scene of Sooryavanshi, while talking to the main villain of the film Omar Hafeez (Jackie Shroff) on wireless, says, ‘I know very well where you are… Till now you are giving your people a rat. Kind of hiding here. But now Bajirao Singham will come there, like a lion to pick you up.’ Since this scene, there are speculations that Ajay Devgan will carry forward this part of Sooryavanshi in Singham 3.