Ajay Devgan was seen with Bear Grylls in ‘Into The Wild’, people made funny memes 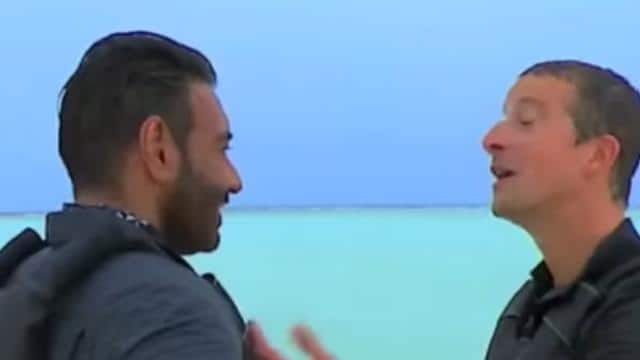 Ajay Devgan is going to be seen in Bear Grylls’ adventure show ‘Into the Wild’. The telecast of the show will take place on October 22 but its trailer has been released. Ajay’s fans are very excited to see this. Not only this, some people have shared funny memes of Ajay Devgan on social media. These memes made on Ajay and Bear Grylls are going viral.

Ajay Devgan is quite a rough and tough actor. He has been seen not only doing action in films but also doing comedy. Now Ajay will be seen doing something different on the screen. He will be seen fighting for Survival on Bear Grylls’ show ‘Into the Wild’. The promo of the show has been released. Along with this, people have also made its memes. Here are some funny memes…

PM Modi has also come in the show

Before Ajay, Prime Minister Narendra Modi, Rajinikanth and Akshay Kumar have also appeared in this show. This time the trailer of the show, shot in the Indian Ocean, has been released, the episode of which will be telecast on Discovery Plus on 22 October.

what’s in the trailer

Ajay will also tell about his life

At the same time, in the background of the video, he says, ‘The game is for the players, it is a platform for the brave.’ After a while he jumps into the sea with Bear Grylls. In the next scene, Ajay Devgan is also seen close to the shark swimming in the sea. Not only this, a scene in the trailer also shows Bear Grylls and Ajay Devgan making catamarans in the jungle. Apart from venturing into the show, Ajay Devgan will also do a lot of things related to his family, career and life with Bear Grylls.

Share
Facebook
Twitter
WhatsApp
Previous articlePriyanka Chopra was seen roaming the streets of Spain at night with a bottle in her hand, photo went viral
Next articleTabbar Review: Tabbar is a beautiful story of saving the family from death, tears will spill on the last scene
RELATED ARTICLES
Entertainment