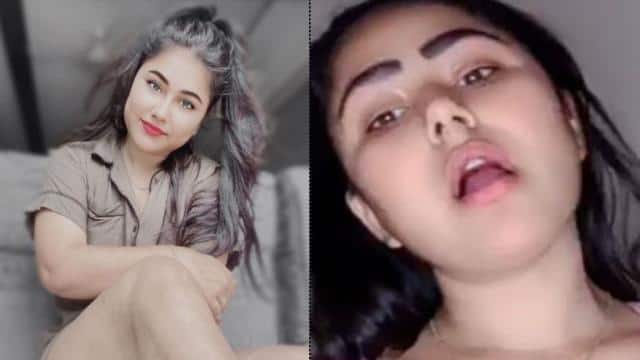 Private video of Bhojpuri film actress Priyanka Pandit has been leaked on the internet. This private video of Priyanka Pandit has become viral as soon as it is leaked. Let us inform that earlier there was a private leak of Bhojpuri actress Trishakar Madhu, in which she appeared with her alleged ‘boyfriend’. Although it is being said about this video that this video is quite old. At the same time, due to the appearance of such videos of both the actresses, there has been an uproar in the Bhojpuri industry and the Internet.

According to the report published in Times of India, this video of Priyanka Pandit is quite old. Which is being shared again after Trishakar’s MMS drama. Priyanka’s private video is being seen on different platforms of many social media. From Instagram to YouTube and Twitter, people are sharing and searching it.

Is there a conspiracy to defame?

Talking to a media portal on this matter, Priyanka Pandit said that this is a conspiracy to defame her. This is being done just to malign my name. Priyanka Pandit has clearly said on this matter that someone is taking out personal enmity with her, so all this is being done. Priyanka has also claimed that this video is not hers. The girl seen in the video is someone else who looks like her.

Police complaint regarding the video!

However, now there are reports that Priyanka has filed a police case regarding this private video. After Priyanka’s complaint, the police has started investigating the matter. Police is finding out from where the video has been leaked and what is the truth of this video. However this has not been confirmed. No information has been given so far from Priyanka and the police in this regard.

Know who is Priyanka Pandit

Share
Facebook
Twitter
WhatsApp
Previous articleJanhvi Kapoor took out orange juice in a bikini, Expectations vs Reality video went viral
Next articleEXCLUSIVE: Vinay Pathak has a problem with ‘Bollywood’, the main reason given for being less active on social media
RELATED ARTICLES
Entertainment