After mocking Nick Jonas, Priyanka Chopra shared a romantic picture with her husband, said this 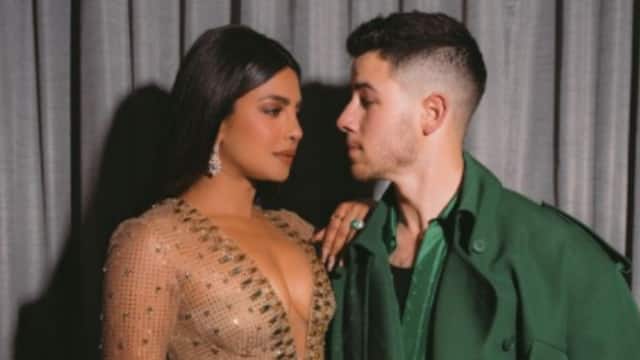 Priyanka Chopra was first in the news for removing husband Nick Jonas’ surname from her name, then made headlines with her performance in the Jonas Brothers Family Roast. As soon as the husband’s surname was removed, news of a rift between the couple started being told in the corridors of gossip, but Priyanka Chopra’s mother Madhu Chopra called it complete nonsense. Now putting an end to the rumors of divorce, Priyanka has shared a romantic picture with Nick. The same picture was shared by Nick on his social media account before Priyanka.

In the picture, Nick and Priyanka are sitting on the sofa and both are in a mood for romance. Along with the picture, Priyanka wrote in the caption- ‘So grateful for everything. Friends, family… I love you Nick Jonas, Happy Thanksgiving to everyone celebrating.’

While Nick writes, ‘Happy Thanksgiving everyone.’ Nick further wrote, ‘Grateful to you @priyankachopra.’

Will complete three years of marriage

Soon Priyanka Chopra and Nick Jonas are going to celebrate their third wedding anniversary. The two married in December 2018 at the Umaid Bhawan Palace in Rajasthan according to Hindu and Christian rituals.

Let us tell you that Priyanka Chopra is constantly busy working in Hollywood as well as Bollywood. She will soon be seen in ‘Matrix 4’. Apart from this, he has other films including ‘Citadel’, ‘Text for You’. Priyanka’s upcoming film in Bollywood is ‘Jee Le Zara’. Its director is Farhan Akhtar.