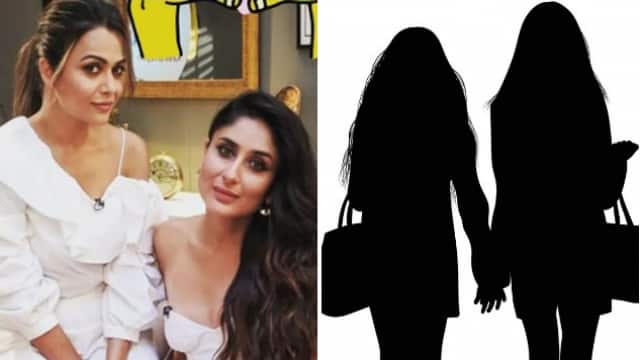 The threat of Omicron, a new variant of the corona virus, is constantly looming in Maharashtra. Meanwhile, there has been an uproar in the industry due to the corona report of Bollywood actress Kareena Kapoor Khan and Amrita Arora coming positive. As soon as the news came out, the Brihanmumbai Municipal Corporation (BMC) has sealed the house of Kareena Kapoor Khan. This news was spreading like fire that now the news of Kareena’s close friends Seema Khan and Mahip Kapoor also coming out positive for Corona report. Actually, Kareena and her girl gang had recently reached a producer’s house to party. It is being said that the celebration was celebrated in this party keeping the Corona virus guidelines in mind.

There are reports that Kareena Kapoor Khan has quarantined her two sons Taimur Ali Khan and Jeh as soon as the Corona report came positive. Kareena’s father Randhir Kapoor, while talking to the media, has told that Jeh and Taimur are completely healthy and they are being kept separately from Kareena at this time. At this time, Kareena is taking all precautions by staying at home. With this, the actress has told through a post on social media that her corona report has come positive. With this, he has requested the people who come in contact with him to get tested. BMC sealed Kareena Kapoor Khan’s house, the actress said- ‘Family and staff are double vaccinated..’

BMC has given this order

All the people partying with Kareena and Amrita have got orders from BMC to get their corona test done as soon as possible. Apart from this, it is also being tracked that who else has come in contact with Kareena and Amrita Arora? It is also being said in media reports that recently all these beauties were partying at Anil Kapoor’s daughter Riya Kapoor’s house. Malaika Arora and Karisma Kapoor were also present in this party.