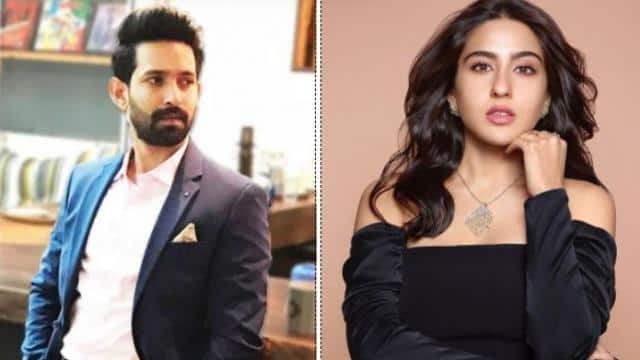 Sara Ali Khan and Vikrant Massey are going to be seen in Bollywood director Pawan Kriplani’s upcoming film. If these news are true then this will be the first time that this fresh couple will make a splash in Bollywood. However, no official announcement has been made about this yet.

The title of the film is not decided yet

There is no specific information about what is the title of Sara and Vikrant’s upcoming film. However, in this regard, the report of ‘Bollywood Hungama’ quoted sources as saying, “Ramesh Taurani is the producer of the film, who is going to produce this film under the banner of his production company Tips and will direct the film. Pawan Kripalani is handling it.”

For your information, let us tell you that Ramesh Taurani is handling the production of the film ‘Bhoot Police’. Now once again for his new film, he has joined hands with director Pawan Kriplani, who is directing ‘Bhoot Police’.

The shooting of the film may start from October 5

According to sources, Sara Ali Khan and Vikrant Massey have been cast for the lead roles in the film. The producers have been in touch with him for the past few days to discuss the script of the film and if all goes well, the shooting of the film can start from October 5. The report also states that when Ramesh Taurani was talked about this, he said, “It is too early to talk about the film now. Our talks are on. The film will be announced after everything is finalised.” “

Share
Facebook
Twitter
WhatsApp
Previous articleRakhi Sawant was bitten by a dog on the set of Bigg Boss OTT, said – now 14 injections will have to be done
Next articleAbhishek Bachchan returned to Chennai for shooting as soon as the surgery took place, shared the post and said – the man does not feel pain!
RELATED ARTICLES
Entertainment