Actor Vikram Gokhale in support of Kangana Ranaut, said this on the statement of ‘freedom in begging’ 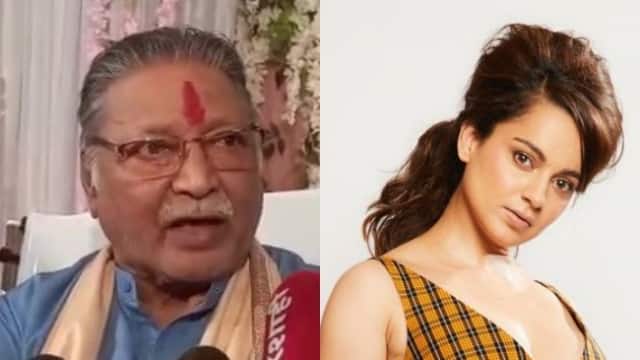 Kangana Ranaut is facing criticism over her ‘Bhikh mein Azadi’ remark, meanwhile Marathi and Hindi film veteran Vikram Gokhale has come out in support of her. Vikram Gokhale had arrived in Pune, Maharashtra to attend an event. He said that he agrees with what Kangana Ranaut said. Gokhale further said, at that time many freedom fighters were hanged but big people did not try to save them.

In fact, Kangana Ranaut had reached a TV channel program on Thursday, where she had described the freedom she got in 1947 as ‘beggar’. He believed that the real freedom in the country has come after the Narendra Modi government came to power in 2014. Gokhale supported Kangana’s point of view.

Vikram Gokhale said that ‘I agree with what Kangana Ranaut said. We got freedom in begging. It was given. Many freedom fighters who were hanged, big people did not try to save them. They remained mute spectators.

I agree with what Kangana Ranaut has said. We got freedom in alms. It was given. Many freedom fighters were hung and the big-wigs at that time didn’t attempt to save them. They remained mere mute spectators: Actor Vikram Gokhale in Pune pic.twitter.com/4gBSYwFjqf

What to say on Maharashtra politics

On Maharashtra politics, Vikram Gokhale further said that ‘BJP and Shiv Sena should come together’. I had also asked Devendra Fadnavis (former Chief Minister of Maharashtra) a question on a possible alliance between the two parties on the terms of sharing the chief minister’s post. Both the parties should try to win the trust of the people. I think political parties should not cheat people as people can punish them.

Let us tell you that Vikram Gokhale is a well-known name of Marathi theatre. In Bollywood, he has worked in films including ‘Khuda Gawah’, ‘Hum Dil De Chuke Sanam’, ‘Hey Ram’, ‘Tum Bin’, ‘Bhool Bhulaiyaa’ and ‘Mission Mangal’ among others.