Aamir Khan-Kareena Kapoor will make a splash on the occasion of Baisakhi, ‘Lal Singh Chaddha’ will be released in theaters on April 14 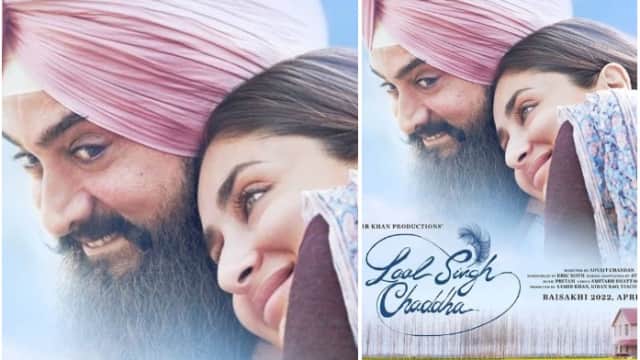 Kareena shared the new poster of the film

Sharing the poster of the film, Kareena wrote in the caption – We are happy to share our new poster and our new release date. In the poster, Kareena is seen resting her head on Aamir Khan’s shoulder, the smiles on both of their faces are telling that both are in love. The poster reads ‘Lal Singh Chaddha’ only in cinemas this Baisakhi #LalSinghOnBaisakhi.

The film is a Hindi remake of the Hollywood movie ‘Forrest Gump’.

It is known that the shooting of the film was stopped for a long time due to the coronavirus pandemic. Therefore, the makers were not telling any confirmed date about the release date of the film. Laal Singh Chaddha, directed by Advait Chandan, is a Hindi remake of the 1994 Hollywood movie Forrest Gump. Starring Tom Hanks and Robin Wright.

Share
Facebook
Twitter
WhatsApp
Previous articleAnupamaa: Kavya succeeded in her trick, now Vanraj, Babuji will take the children out of the house to take revenge on Anupama
Next articleBalika Vadhu 2: Shivangi Joshi will play the role of Badi Anandi, will romance with this handsome hunk
RELATED ARTICLES
Entertainment