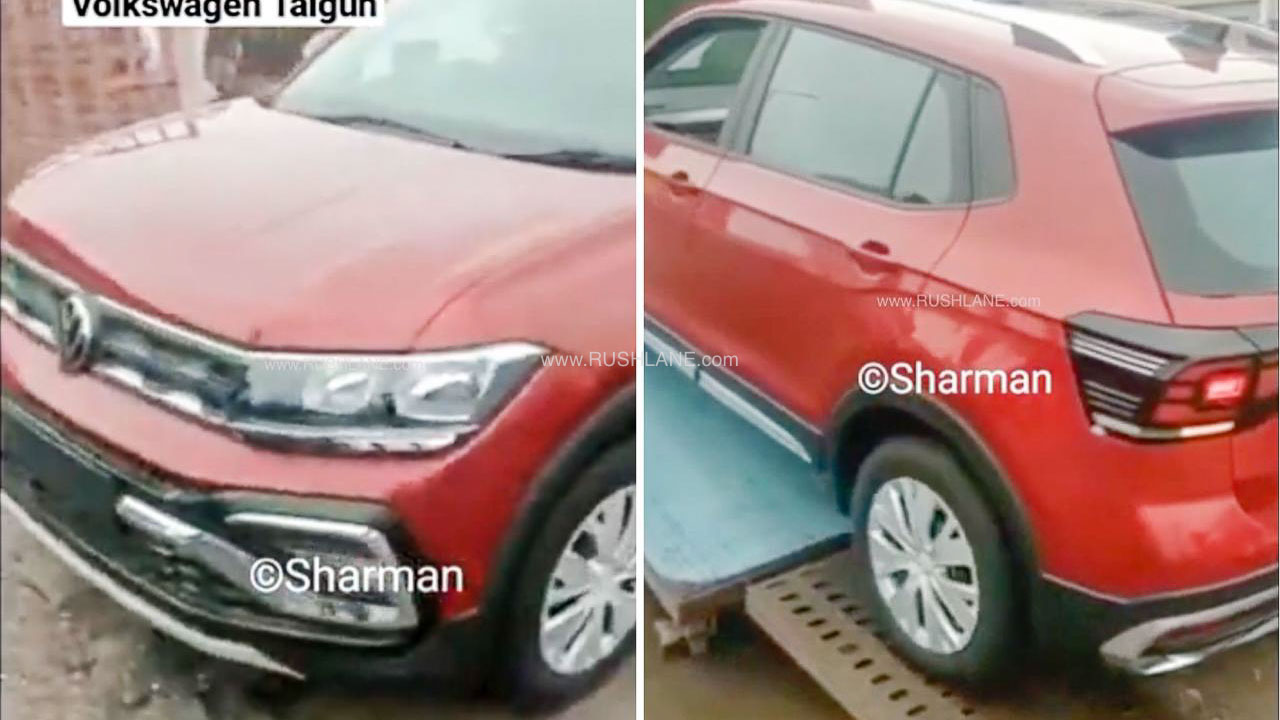 The Volkswagen Taigun will take on the likes of the Hyundai Creta, Kia Seltos and its Czech cousin the Skoda Kushaki

Volkswagen has long been looking forward to making its second innings debut in India. The first of the new generation models will be the Taigun which was first unveiled as a pre-production prototype at the final edition of the Auto Expo in February 2020. The German carmaker has aggressively started marketing its upcoming SUV since the beginning of this year.

The Taigun was one of the few models showcased under the Volkswagen-Skoda Group’s ‘India 2.0’ programme. Like the Skoda Kushaq and all other models under this programme, the Taigun will also be underpinned by the heavily localized MQB A0 IN platform.

Test mules of the upcoming crossover have been spotted frequently over the past few months while its official launch is expected in the coming weeks. A new video has surfaced on the internet which suggests that the company has started shipping the Taigun units to dealerships across the country. The unit seen in the video appears to be a lower-spec variant of the Taigun. The video, credited to Sharman D’Souza, shows Taigun being unloaded from a truck.

Showcasing its exterior styling, there isn’t much difference between the top-spec trim that was showcased earlier this year. It gets LED headlamps at the front, front bumper and grille with chrome garnishing. The SUV also gets side-body cladding and cladding on the wheel arches. There is also a thin strip of chrome in the side-body.

The chrome treatment is carried over to the front bumper to its rear end and a thin stripe below the LED taillights. At the rear, the C-shaped horizontal LED taillamps are joined by a thin chrome stripe and an LED illumination on its tailgate. The rear bumper also gets a faux bash plate. The only major difference may be the use of wheel caps instead of alloy wheels.

Other notable styling highlights include silver roof rails and body colored ORVMs. To get a glimpse at the cabin, the dashboard layout remains the same with the dual-tone treatment but with a much smaller and basic touchscreen infotainment system.

In terms of powertrain, if Volkswagen decides to go the Skoda way, it is likely to offer only the 1.0-litre three-cylinder TSI turbo petrol engine in the lower-spec Taigun. The unit kicks out 114 bhp and 178 Nm of peak torque and is available mated to a 6-speed manual transmission or a 6-speed torque converter automatic gearbox.

The higher-spec variants will also be offered with a more powerful, 1.5-litre four-cylinder TSI turbo petrol unit. This motor is capable of generating 148 bhp power and 250 Nm peak torque. It will be mated to a six-speed manual gearbox or a 7-speed DSG automatic transmission.