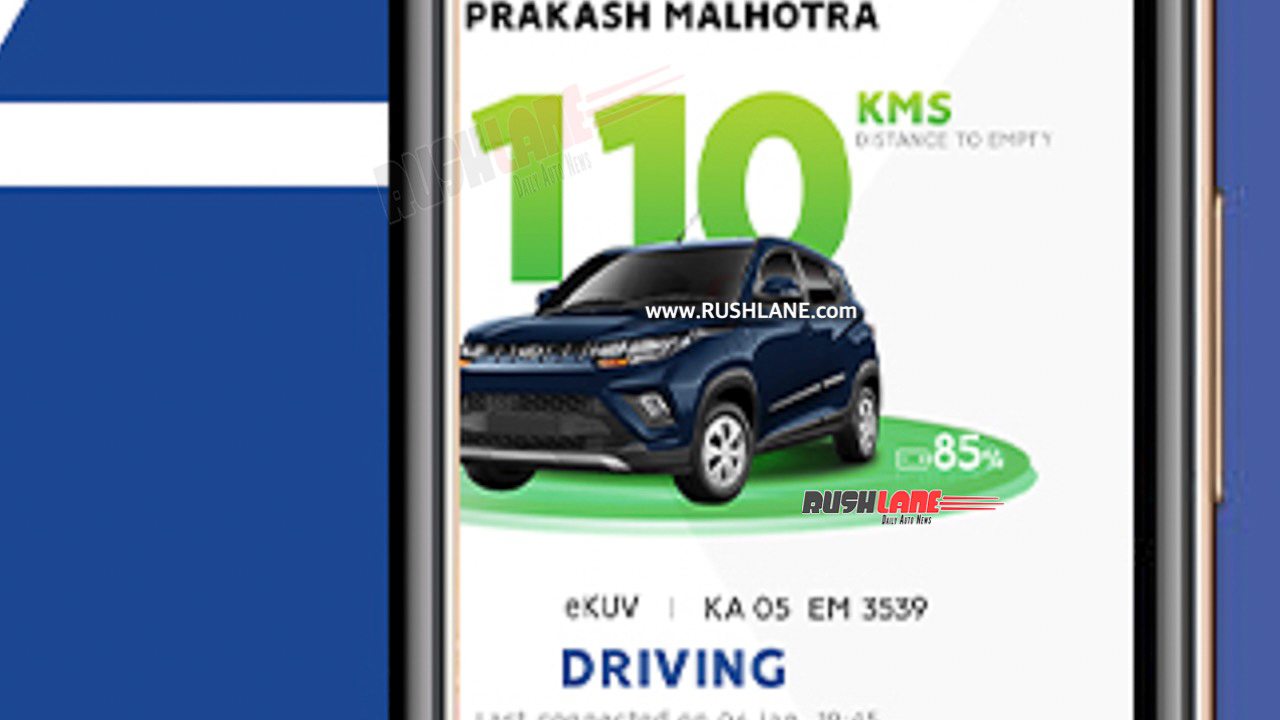 Mahindra, like all major automakers, has been planning to venture into electric mobility with passenger vehicles for some time now. Unfortunately, there have been many delays for no apparent reason. Test mules that appear to be the production-spec eKUV100 have been spotted recently.

The electric car made its first appearance as a pre-production concept at last year’s AutoExpo. Since then, there has been no development regarding the eKUV100, when the e-SUV made its debut on the official website of Mahindra Electric. Hat tip to automotive enthusiast Devi V Prasad Reddy for sharing the update.

It has been introduced in the Indian auto market as an entry-level EV for the general public. For the most part, the exterior styling of the KUV100 Electric is in line with its IC engine-powered sibling, except for the front grille closed due to the absence of a radiator.

The grille also offers better aerodynamics and features small arrow-shaped inserts, six of which are finished in blue. The electric crossover has two charging ports, one on each front fender. Apart from this, there are blue highlights on the headlamps and taillamps.

The front bumper has a very wide air inlet which also gets a tow hook in case the car gets stuck somewhere. The number plate housing on the tailgate consists of a thick chrome plate on top with interesting ‘+’ and ‘-‘ signs on it. All other design elements remain the same as the fossil-fueled KUV100. The test mule has also seen some subtle styling differences as compared to the concept showcased at last year’s AutoExpo.

For example, at AutoExpo the model stood on alloy wheels with a different design, with blue inserts on each of its spokes. In addition, the charging flap wore Mahindra Electric (ME) badging while the C-pillar had a unique triangular badge. In the picture, the e-KUV100 is seen draped in a dark blue colour. It is also seen wearing black body cladding over the wheel arches and door panels.

At its showcase at the biennial auto event, Mahindra had revealed some of its specifications. The eKUV100 concept was powered by a 15.9kWh battery pack that sent power to a single electric motor mounted on the front axle. The resulting power output stands at 54 bhp (40 kW) and 120 Nm of torque.

This powertrain can cover a distance of 147 km on a single charge. These are very modest figures by every standard. The battery can be charged from zero to 100 percent in 5 hours 45 minutes using a regular AC charger (on the front right fender flap).

Using a DC fast charger, 0-80 percent of the battery can be refilled within 55 minutes (on the front left fender flap). Mahindra had priced the EV crossover at Rs 8.25 lakh at that time. At launch, it can be offered at a price of Rs 9-11 lakh (ex-showroom).

Share
Facebook
Twitter
WhatsApp
Previous articleRekha charges Rs 5 crore for the 1-minute promo of ‘Gum Hai Kisi Ke Pyaar Mein’?
Next articleMira Rajput has been wearing a broken watch for many days, told – why not throw it till now
RELATED ARTICLES
Automobile