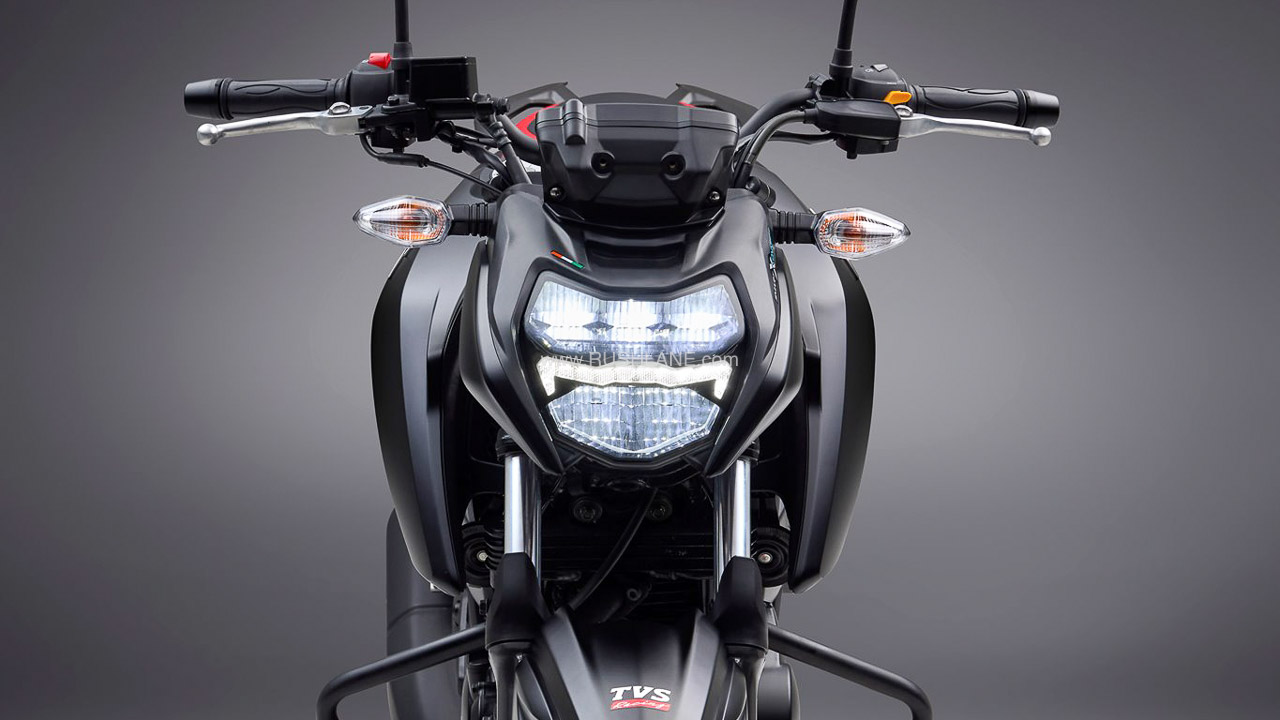 TVS Motor Company has launched several new and updated products in the recent times which include the Raider, Jupiter 125 and a revamped version of the Apache RR 310. It has now launched an updated Apache RTR 160 4V with new features. The Naked Streetfighter gets a new headlamp assembly with new LED DRLs.

The Hosur-based bike maker has also introduced a range-topping special edition of the RTR 160 4V at a price of Rs 1.21 lakh (ex-showroom). Its primary rival, the Bajaj Pulsar NS160 is priced at Rs 1.16 lakh, ex-sh.

The Special Edition model comes with a special matte black paint scheme complemented with red highlights for a sporty touch. The all-black theme along with red alloy wheels adds to the sportiness of the bike. In addition to this, the top-spec trim comes with an updated instrument console that is equipped with TVS SmartXonect Bluetooth connectivity system that offers a wide range of features.

Along with all these updates mentioned above, the naked streetfighter gets a new seat pattern across the range, while the special edition model also gets adjustable clutch and brake levers.

It should be noted that TVS introduced a significant update to the Apache RTR160 4V earlier this year when it got a more powerful engine. The 159.7cc, single-cylinder engine now produces 17.39 bhp and 14.73 Nm of peak torque when paired with a 5-speed gearbox. Suspension duties are handled by telescopic forks at the front and mono-shock at the rear.

Braking hardware includes drum brakes as standard at both ends with the option of a single front disc or front and rear discs. The disc brake variant is offered with single-channel ABS as standard. Other recent additions to the feature list include GTT (Glide Through Traffic), one-touch start and a wave-cut ignition key for a smooth low-speed ride.