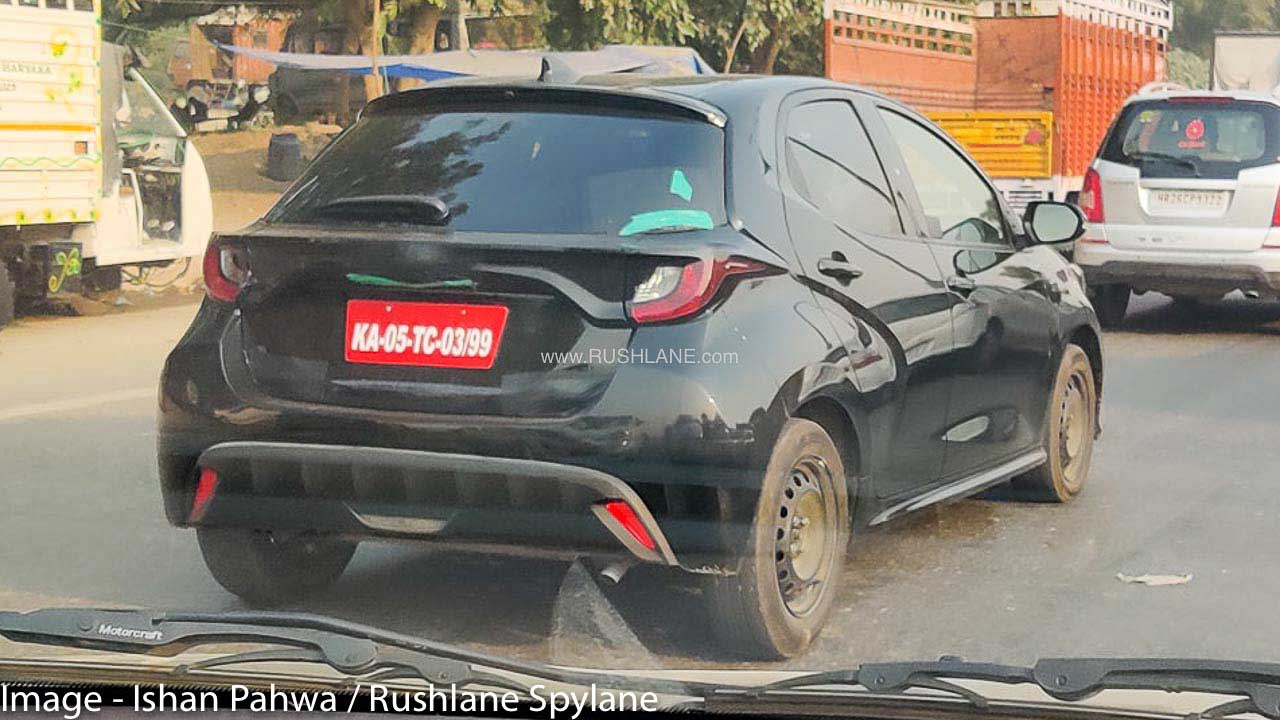 The Indian market has been familiar with Toyota’s Yaris nameplate for many years, but not in the way most international markets know it. In the global markets, the Toyota Yaris is touted as one of the sportiest subcompact hatchbacks. This hatchback has now been seen during testing in India near Delhi.

The current fourth generation model of the sporty hatchback made its international debut in October 2019 but never made it here. The mule seen here is most likely to pass the durability test. As of now, there are no plans to launch the Yaris hatchback in India as Toyota already sells the Glanza in the premium hatchback segment.

The images are credited to automotive enthusiast Ishaan Pahwa, who shared the images on the Rushlane Spylen Facebook group. As we all know, Toyota has entered into a global partnership with Suzuki to share rebadged models, platforms and other technologies. In India, Toyota sells models like Glanza and Urban Cruiser which essentially rebadge Maruti Suzuki cars Baleno and Vitara Brezza.

The company is expected to launch a rebadged Maruti Ciaz soon, which is likely to be rebranded as the Toyota Belta. Incidentally, this upcoming mid-size sedan will replace the Yaris sedan, which was discontinued in the last week of September 2021.

Coming to the Yaris hatchback, the fourth generation model sports an all-new exterior design. Up front, it gets a wide radiator grille, sleek projector LED headlamps with LED DRLs and muscular bumpers. At the rear, it gets stylish taillights with LED internals and a roof-mounted spoiler. Apparently, the majority of the test prototypes were wrapped under camouflage.

The new fourth generation Yaris is based on the brand’s TNGA (Toyota New Global Architecture)-B platform and is 50 mm wider than its predecessor. While the new model has a 50 mm longer wheelbase and 60 mm wider track, its length and roof height have been reduced by 5 mm and 40 mm respectively. Overall, it is 1500 mm long and 3940 mm tall.

As far as the powertrain is concerned, Toyota offers three petrol engine options in Europe – 1.0-litre, 1.5-litre and 1.5-litre hybrid. There are no diesel engines on offer. The 1.0-litre unit is offered with a 5-speed manual while the 1.5-litre unit is mated to a 6-speed manual transmission as well as a CVT.

The 1.5-litre non-hybrid unit makes 118 bhp and 140 Nm of peak torque. While the 1.5-litre hybrid unit returns 116 bhp and 120 Nm of torque. It is assisted by an electric mounted front axle that puts out 79 bhp and 141 Nm of torque which draws its energy from an air-cooled lithium-ion battery.

In terms of features, the Yaris gets a minimalist dashboard that houses an 8-inch touchscreen infotainment unit with Apple CarPlay and Android Auto, a binocular-style 4.2-inch instrument display, connected car technology and more. It also offers a range of safety features such as a centrally mounted airbag and advanced driver assistance system including adaptive cruise control, lane trace assist system, etc.