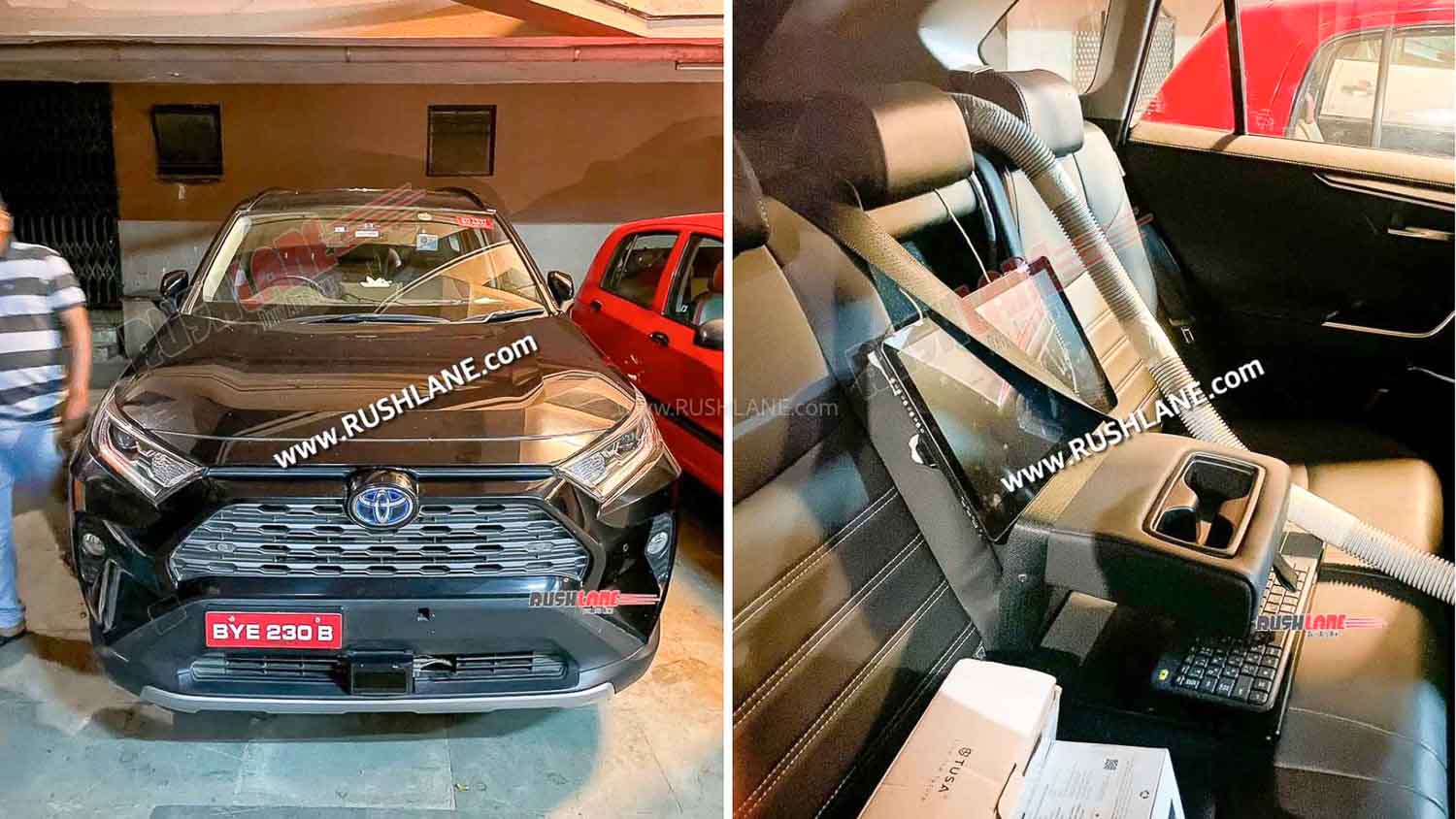 Upon launch, the Toyota RAV4 will be offered at a price tag of around Rs 55-60 lakh (ex-showroom) as it will be a full import under the CBU route.

Toyota’s lineup in India looks like a replica of Maruti Suzuki, with rebadged models like the Urban Cruiser and Glanza accounting for half of their total sales. In the coming few months, the lineup may also see the addition of the Rumion and Belta which are rebadged versions of the Maruti Ertiga and Ciaz respectively.

While the Japanese carmaker sells popular models such as the Innova Crysta and Fortuner from its international portfolio, the Indian market is largely deprived of Toyota’s most critically acclaimed cars. To give a glimpse of Toyota’s prowess in car manufacturing, the company is expected to launch the RAV4 SUV in India.

The premium mid-size SUV has been spied testing in the country on a few occasions a few months back. Although it was initially expected to be launched in India by the end of 2021, it is likely to be postponed sometime next year. Meanwhile, the SUV continues to be spotted in the country, with the latest set of spy shots credited to enthusiast Dhanush showing an unassuming prototype of the RAV4.

The latest spy photos of the RAV4 reveal intricate exterior and interior details of the SUV. Currently in its fifth generation internationally, the new RAV4 is based on the Toyota New Global Architecture-K (TNGA-K) platform. This architecture also underlies the Camry luxury sedan which is brought to India as a Completely Knocked Down (CKD) unit and is locally assembled at the company’s Bidadi plant in Karnataka.

If Toyota brings the RAV4 to India as a complete import under the CBU (Completely Built Unit) route, it could be a very premium offering in terms of pricing. In comparison, the CKD variant will be priced at a much more aggressive price. CKD or CBU, SUV is expected to cater to only a specific segment of buyers rather than general car buyers to generate volumes.

In terms of design, the RAV4 gets a relatively low, car-like stance with angular and pointed styling. Some notable design highlights include a roof-mounted spoiler, shark-fin antenna, 18-inch alloy wheels and twin exhaust pipes. The fifth generation RAV4 measures 4,600mm in length, 1,855mm in width and 1,685mm in height. It offers a wheelbase of 2,690 mm which should translate into a spacious cabin.

Coming to the cabin, Toyota has adopted a minimalist layout for the interiors with a clean dashboard, freestanding 9.0-inch touchscreen infotainment display and soft-touch materials. The cabin gets a host of features including automatic climate control, digital driver display, panoramic sunroof and wireless charging with an all-black theme.

Under the hood, the fifth-gen RAV4 is powered by a hybrid powertrain consisting of a 2.5-litre, naturally aspirated, four-cylinder, Atkinson Cycles petrol engine that is mated to an electric motor putting out 215 bhp. The engine is mated to a CVT automatic gearbox as standard. The electric motor is mounted on the rear axle which transmits up to 80 per cent of the torque to the rear wheels, thus offering e4WD.