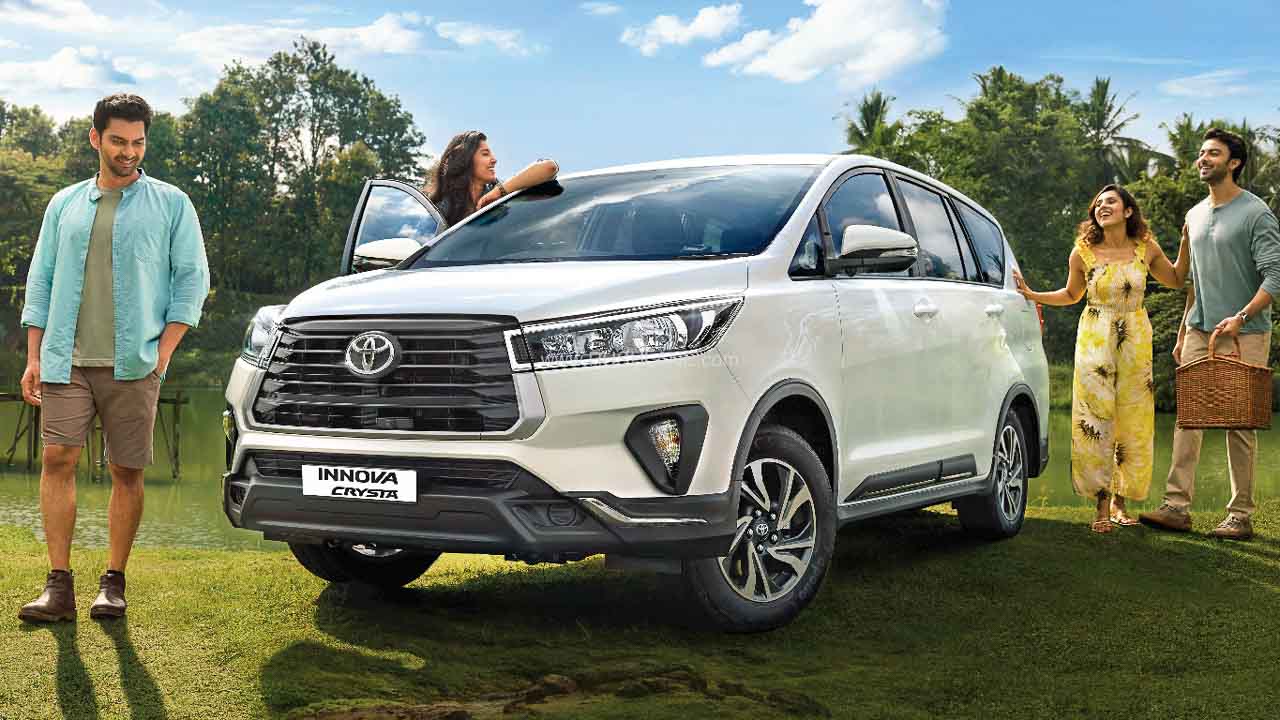 Toyota introduces a new limited edition variant of the Innova Crysta, which will come with additional goodies

The Innova has been on sale in the country since 2005. Since its arrival, it has dominated its segment and has ensured that no other player can even come close in terms of numbers. The Toyota Innova is primarily known for its practicality and reliability, which has made it a popular choice in the segment.

However, critics often find Innova’s feature list relatively incomplete. To ensure that customers buying the Innova don’t miss out on the latest technology, Toyota has now introduced a new special variant of the Innova Crysta.

The new Toyota Innova Special Edition gets some extra features which were not available in the Innova Crysta till now. These include a multi-terrain monitor (Basically a 360 degree camera), heads-up display (HUD), tire pressure monitoring system (TPMS), wireless charger, door edge lighting and an air ionizer.

Other standard features that will continue to be offered include a touchscreen infotainment unit (Compatible with Android Auto and Apple Car Play), diamond cut alloy wheels, 7 SRS air bags, hill start assist control, vehicle stability control, cruise control, eco and power drive modes and much more! The Innova Special Edition is on offer with GX variants in petrol as well as diesel; Manual as well as AT.

Speaking about the offer, Mr. V. Visselin Sigamani, Associate General Manager (AGM), Sales & Strategic Marketing, TKM“The Innova since its launch has been the undisputed leader in the MPV segment, making it one of our flagship products. We have planned a campaign to bring together more than 100 luxurious features of Innova Crysta, which represent Technology, Luxury, Unmatched Comfort, Convenience with Quality, Durability and Reliability of Toyota, taking its top position in this segment. confirms. It has been our constant endeavor to upgrade our products to suit the ever-evolving trends, mobility needs and customer preferences. “

In India, Toyota’s sales figures have increased since it started selling Toyota badged Maruti products. The Glanza and Urban Cruiser provided Toyota with additional sales numbers that otherwise would not have been possible for Toyota due to the lack of presence in those segments. Both the Glanza and the Urban Cruiser are sold not only in India but also in several international markets.

In the recent past, we have seen the export of the Toyota badged Ciaz, which has been baptized as the Toyota Belta. Similarly, a Toyota badged Ertiga was also spotted in the international markets, introduced as the Rumion. It is expected that Toyota will bring both the Belta and the Rumion in India as it does not currently have any relevant products in these segments. While the Urban Cruiser is informally touted as the Mini Fortuner, it will be interesting if Toyota dealership salesmen plan to call Rumian the Mini Innova.