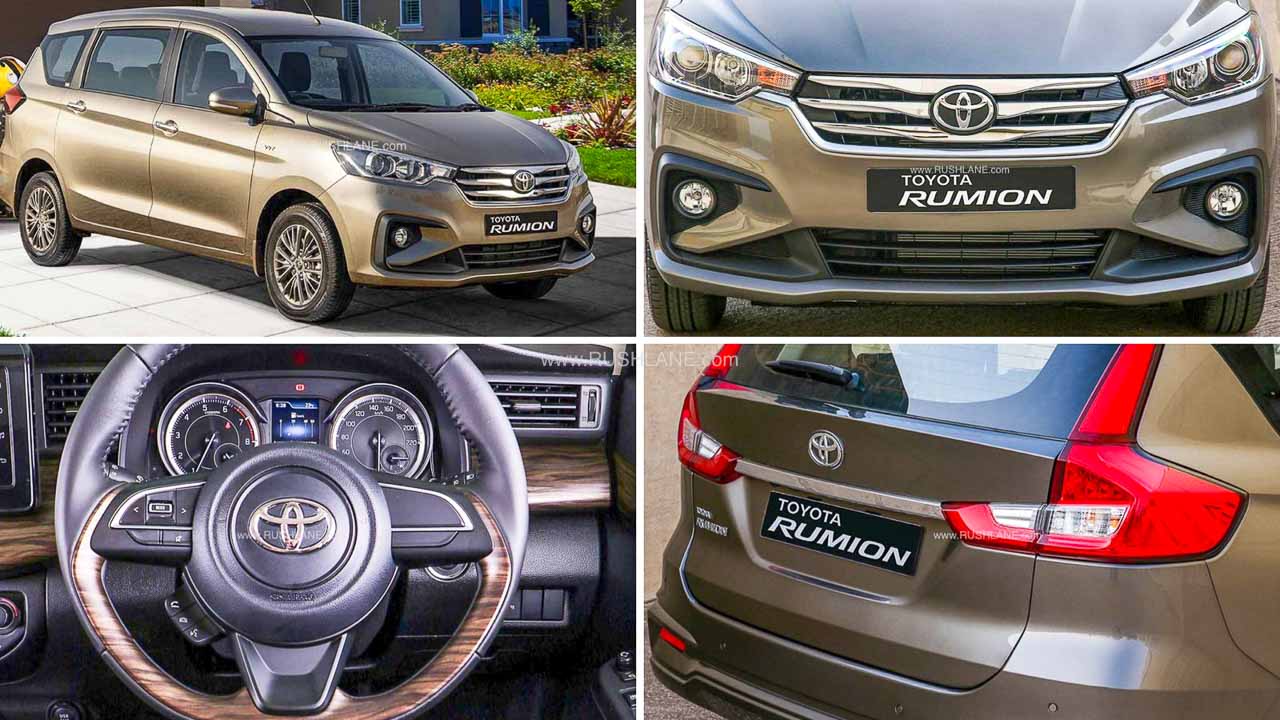 Maruti’s rebadged cars that Toyota sells in India are Urban Cruiser (Brezza) and Glanza (Baleno). They are now preparing to launch two more rebadged cars. These are to be based on Ciaz and Ertiga. But before the launch in India, Toyota has launched one of them in South Africa.

Toyota South Africa has announced the launch of a new MPV named the Rumion. The Toyota Rumion is nothing but a rebadged version of the Maruti Ertiga that is currently available for sale in India. Like other rebadged Toyota cars under the deal with Suzuki, the Rumion is also made at the Maruti Suzuki India plant.

From here it is exported to selected countries. Just a few days back, Maruti Ciaz got rebadged as Toyota Belta was spied on a dock somewhere in India. It was reportedly headed to South Africa, where it will be launched soon.

It is clear from the images that the design does not differ much from the Ertiga; Like the Glanza and Urban Cruiser. However, there are subtle cosmetic variations to differentiate itself from the original model. These include revised alloys, new color options. Another major highlight is a triple-slotted chrome grille with Toyota logo that replaces the chrome-studded unit in Maruti.

The Toyota Rumion MPV has borrowed the same 1.5-litre K-series naturally aspirated petrol engine from the Ertiga. The unit is capable of producing 104 Bhp and 138 Nm of peak torque and is mated to a 5-speed manual or 4-speed torque converter automatic transmission. Automatic option is also offered with mild-hybrid technology.