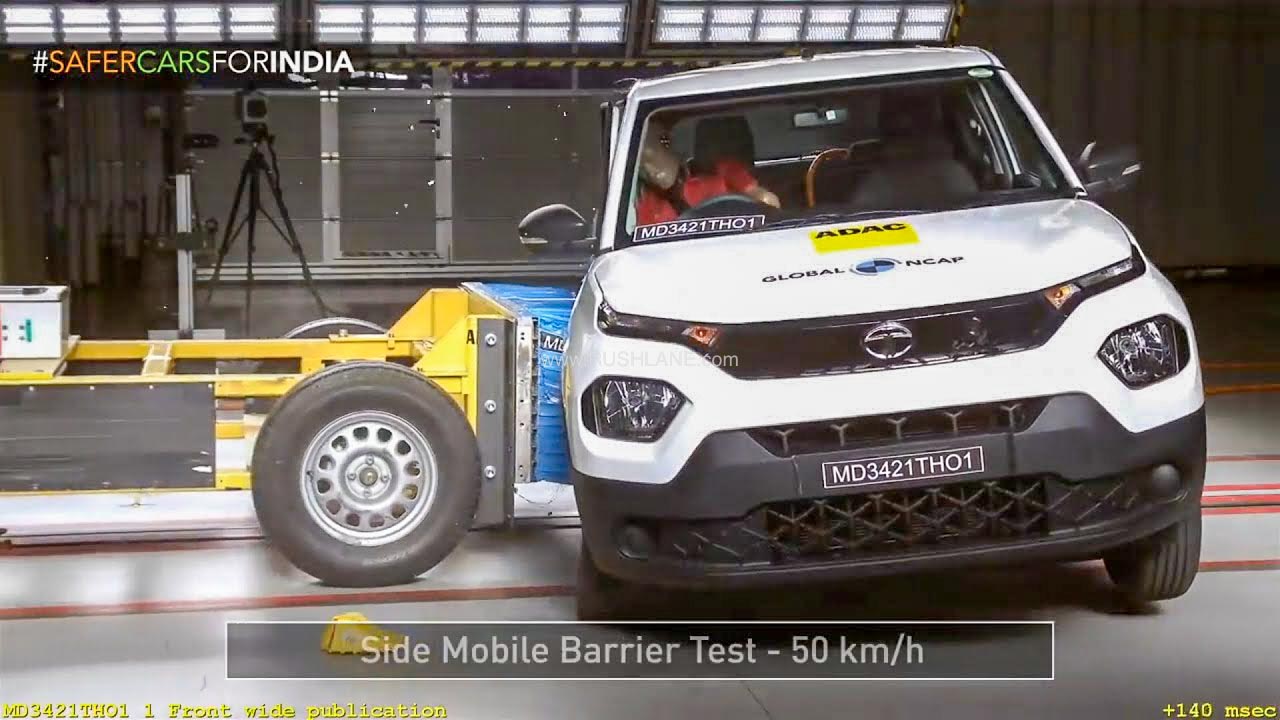 Over the years, Global NCAP has been playing a vital role in spreading awareness about car safety in the country. An independent, private agency, GNCAP has conducted crash tests on several cars in India.

GNCAP uses different parameters for its tests, which can vary depending on the country. At least the cars are being tested for a driver and a co-passenger and a child in the back seat. This is the testing criterion currently being used in India by GNCAP.

Depending on the specific country or region, other safety standards may also be included. For example, the NCAP also assesses features such as safety support functions, pedestrian safety and motorcycle safety by country/region.

Here is a compilation of safety ratings of cars in India that are still in production and tested by GNCAP. Discontinued cars such as the older-gen versions of the Ford Figo, Aspire and Celerio are not included in this list.

The top rated car in terms of adult safety is the Tata Punch. It got 16.45 points out of a maximum of 17, which is the highest among all the cars in the list. The Punch was launched in October for a starting price of Rs 5.5 lakh. Safety features include dual airbags, ABS with EBD, central locking and rear parking sensors. Other cars to get 5-stars for adult safety include Mahindra XUV300, Tata Altroz, Tata Nexon and Mahindra XUV700.

The safest car in terms of child safety is the Mahindra XUV700. It got 4-stars for child safety and a maximum score of 41.66 out of 49. Launched in September, the XUV700 has emerged as a bestseller. It has received over 70k bookings and is now the best selling mid-sized SUV in the country. With 3,407 units sold in October, it has overtaken rivals like Harrier, MG Hector, Safari, Hyundai Alcazar and Jeep Compass.

Other cars in the list that are 4-star for child safety include Thar, Punch, XUV300 and Tata Tigor EV. One important thing to note here is that no car has a 5-star rating for child safety.

In terms of overall score, it is a close fight between XUV700 and Tata Punch. The total marks are 57.69 and 57.34 respectively. While these two belong to different categories and cannot be compared, it is clear that the XUV700 packs in a wider range and more advanced safety features.

On the other end of the spectrum, there are cars that have received 0-star ratings in Global NCAP tests. In terms of overall score, the list of potentially unsafe cars as per GNCAP includes Maruti S-Presso, Datsun GO, Mahindra Scorpio, Maruti Alto, Renault Kwid, Hyundai Santro, Hyundai Nios, Kia Seltos, VagorR and Swift. This shows that much still needs to be done to ensure the safety of car users.