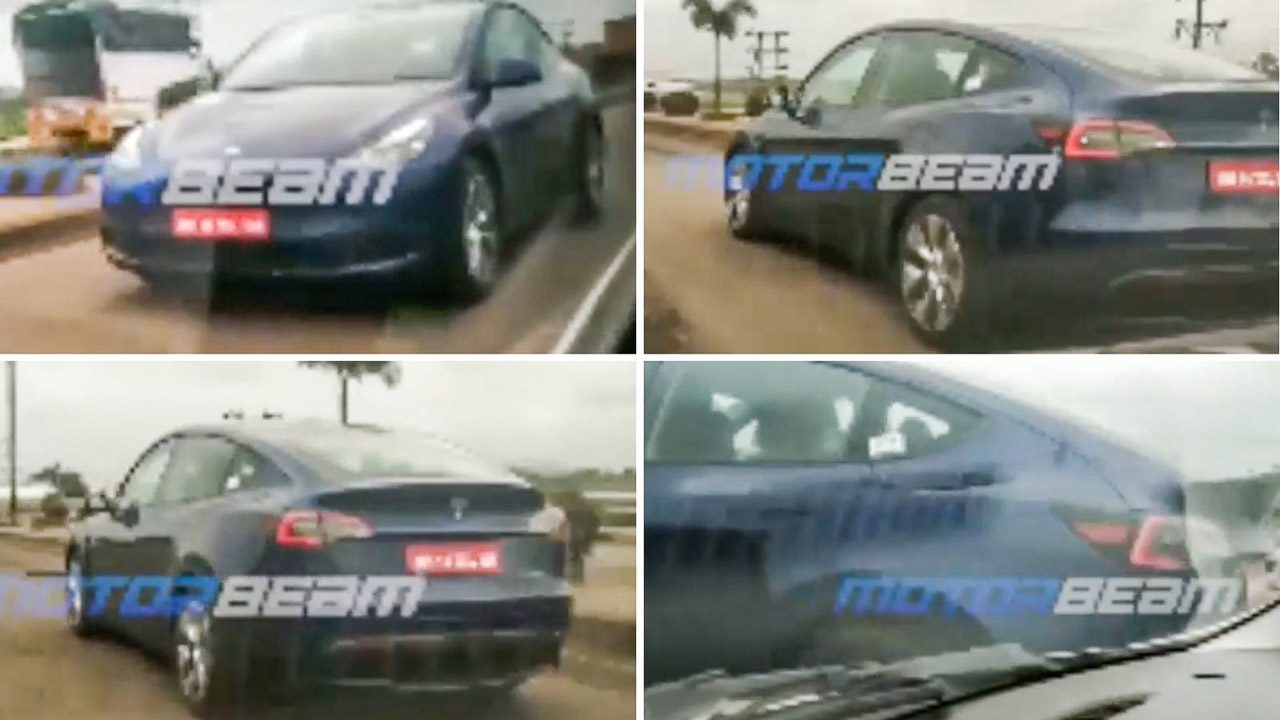 Tesla Model 3 and Model Y are based on the same platform, but sport different body styles

The Electric Vehicle (EV) space is slowly but surely gathering steam in India. Ever since the company’s CEO Elon Musk announced that it will officially enter the Indian market later this year, there has been a lot of buzz about the launch of the EV from Tesla Inc.

Spy shots of the brand’s entry-level electric car – the Model 3 – have been spotted testing on Indian roads on several occasions over the past few months. Now, an undisputed test prototype of the Model Y has been spotted on the country roads. As seen in the images below, the Model Y test mule was seen wearing the same blue color scheme as the Model 3 prototype seen earlier.

The Model Y is based on the same platform as the Model 3. While the latter gets a compact sedan body style, the former is a typical compact coupe-style SUV. Right from the start, the Model Y looks like a jacked-up version of the Model 3, with a lot of design similarities. The front end of both the cars is very similar with the same set of angular LED headlights, integrated DRLs and nose.

The front bumper of the Model Y is slightly flattened and sportier than that of the Model 3 which is sleeker. As usual, the lower bumper gets fog lamps and air intake vents. The side profile of the Model Y features similar creases as well as alloy wheels. Like the Model 3, the Model Y also gets a tinted black glass roof.

Inside the cabin, the Model Y flaunts a simple interior with a simple dashboard and center console omitting all the complications. However, the main attraction is a large 15-inch touchscreen infotainment display that includes controls for all the features.

Other notable features include electrically adjustable front seats, heated front and rear seats, a high-quality 14-speaker sound system, HEPA air filtration system, and more. Interestingly, Tesla offers the Model Y in a 5-seat as well as a 7-seat configuration if one wants to spare the luggage space of the car.

The car has a dual-motor setup with one motor on each axle which makes it an AWD car. It can reach a top speed of 217 kmph while acceleration from 0-96 kmph is rated in just 4.8 seconds. The battery pack with high autonomy returns a range of about 525 km on a single charge.