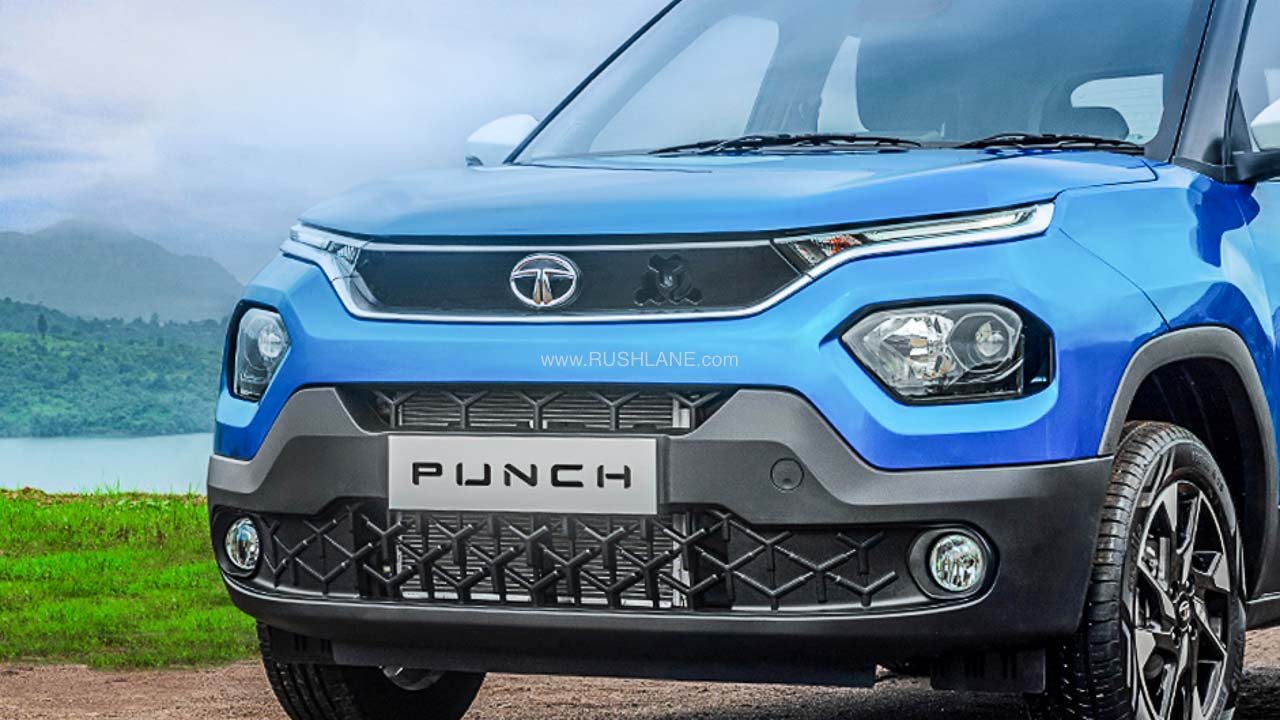 The Tata Punch will be positioned against cross hatchbacks like the Mahindra KUV100, Maruti Ignis and the upcoming Hyundai Casper.

Tata Motors has officially taken the wraps off its upcoming micro SUV after months of waiting. The vehicle was initially introduced as a pre-production concept at last year’s Auto Expo with the name HBX and has also been referred to in the company’s recent marketing campaign in the form of a social media teaser.

After months of speculation and a slew of possible model names, the carmaker has revealed that the SUV will be officially named Punch. Over the past few days, the domestic carmaker had shared several teaser videos of the same on social media. Earlier, several spy pictures of the upcoming Micro UV had gone viral on the internet.

The final production-spec model is a lot like the pre-production concept, with most of the later styling highlights taken to the punch. The crossover made its first appearance as the H2X concept which was showcased at the 2019 Geneva Motor Show. This will be the second model based on the company’s ALFA platform after the Altroz ​​and has been designed under the IMPACT 2.0 philosophy.

Unveiling the much-awaited SUV, Mr. Shailesh Chandra – President, Passenger Vehicle Business Unit, Tata Motors said – “The Tata Punch, as the name suggests, is an energetic vehicle that has the capability to go anywhere. Light on the feet and strong in its caliber, this is a vehicle that truly punches above its weight. With the right combination of stunning design, technology and driving dynamics, the Punch will be equipped with outstanding features and an architecture that has embraced all forms of life. True to the SUV gen of all Tata Motors products and to meet the needs of customers looking for a compact city car with pure SUV features, Punch is the fourth addition to our SUV family. will expand the range of options for all.”

Up front, the UV mimics the much larger SUVs from Tata’s lineup like the Harrier and Safari with a split lighting setup. Its muscular proportions have been enhanced with butch front bumpers featuring the main headlamps. Sleek LED DRLs are located above the headlamps paired with a gloss black grille with Tata’s trademark Humanity line. The SUV-like stance is further accentuated by prominent wheel arches with black body claddings and faux front and rear skid plates.

Along with the side profile, those large wheel arches are studded with diamond-cut dual-tone alloy wheels that feel very premium. At the rear, it gets connected wraparound LED taillights that are seen on the HBX concept. Other notable styling highlights include a roof-mounted spoiler, roof rails, blacked-out pillars and ORVMs with integrated turn indicators.

In line with other modern Tata cars, the company has used a minimalist design for the interiors of the punch. Inside cabin features include a 7.0-inch free-standing infotainment screen, a semi-digital instrument console, three-spoke flat-bottom steering wheel with audio and voice controls, push-button start/stop and automatic climate control .

The infotainment system supports Apple CarPlay and Android Auto along with a range of connected car tech features under Tata’s IRA technology. Safety features on offer include dual airbags as standard, ABS with EBD and rear parking sensors.

The Tata Punch will be powered by a 1.2-litre naturally aspirated petrol engine that produces 85 bhp and 113 Nm of peak torque. This unit will be mated to a 5-speed manual or a 5-speed AMT gearbox. The 1.2-litre turbocharged petrol mill is also expected to be included in the lineup at a later stage. More details will be revealed at launch.

Share
Facebook
Twitter
WhatsApp
Previous articleArshi Khan’s engagement with Afghan cricketer is going to happen in October, now the fear of this is haunting
Next articleAarav Confesses His Feelings For Simar
RELATED ARTICLES
Automobile