Tata Punch SUV spying on off-road testing ahead of launch 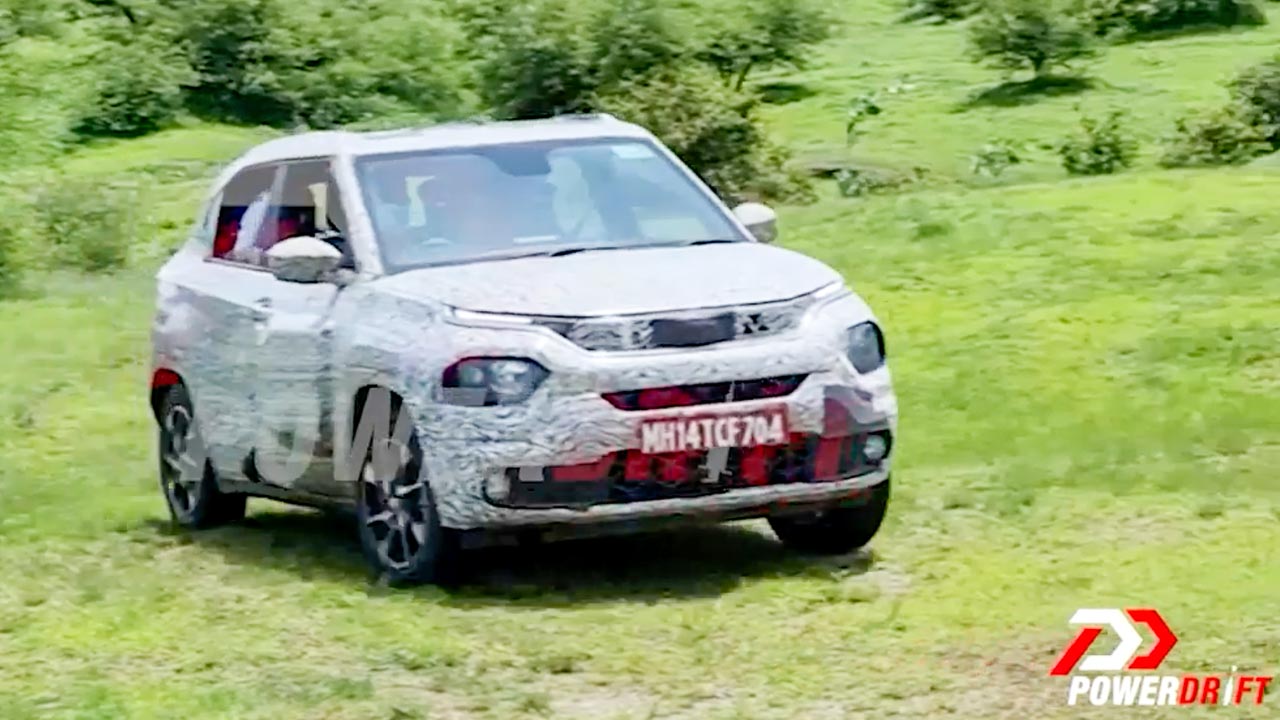 Tata Motors officially revealed the name of its upcoming small SUV earlier this week. To be called a punch, it will take the likes of Maruti S-Presso, Maruti Ignis, Mahindra KUV100, etc. Tata Motors called the Punch a “no-compromise SUV”. It is built on the same platform as the Altroz ​​and will be launched in the coming weeks.

Tata Punch is a 5 seater Micro SUV. As far as its exterior makeup is concerned, it will sport the company’s Impact Design 2.0 philosophy that debuted on the Harrier. It will get a tri-arrow design with split headlamp cluster, LED DRLs, LED tail lamps.

The Tata Punch sub will stand at 4 meters in length. It will also get a raked front windshield, black cladding on the sides, sculpted tailgate and distinctive square wheel arches with 15-inch dual tone alloy wheels.

Now ahead of the launch, a spy video has been shared by PowerDrift, which shows the Tata Punch being tested off-road. There is no audio in the video and tries to show that the punch can perform quite smoothly on the off-road. The stunts performed by Punch in the video below can be performed by many other cars in the segment and does not prove off-road worthiness.

The Tata Punch interior space will be at a premium thanks to its tall pillars. It will sport a floating touchscreen on the dashboard, with both Android Auto and Apple CarPlay connectivity.

The Tata Punch will also get a semi-digital instrument cluster, multi-function steering wheel with steering mounted controls, layered dashboard and comfortable seating. Dual front airbags, rear parking cameras and ABS and EBD could be included in its safety equipment.

Even as there is no official confirmation as of today, the Tata Punch will get the 1.2-litre Revotron petrol engine that powers other Tata cars in India as well. This engine makes 85 hp power and 113 Nm of torque when paired with a 5-speed gearbox as standard or an AMT unit as an option. The micro SUV may also get a 1.2-litre turbocharged petrol engine that produces a power output of around 100hp.

SUV at the cost of a hatchback

Tata Motors expects the new punch to be priced very aggressively in the same range as is seen for some hatchbacks currently on sale in the Indian markets and could eat into the sales of Santro, Celerio and WagonR. The HBX micro SUV, which will be positioned below the Nexon in the brand’s domestic lineup, could be priced in the range of Rs 5 lakh for the base variant, going up to Rs 8.5 lakh (ex-sh) for its top spec model. Is.

Share
Facebook
Twitter
WhatsApp
Previous articleAbhishek Bachchan returned to Chennai for shooting as soon as the surgery took place, shared the post and said – the man does not feel pain!
Next articleAnushka Sharma did a funny post on brother Karnesh’s birthday, told the mischief of childhood
RELATED ARTICLES
Automobile