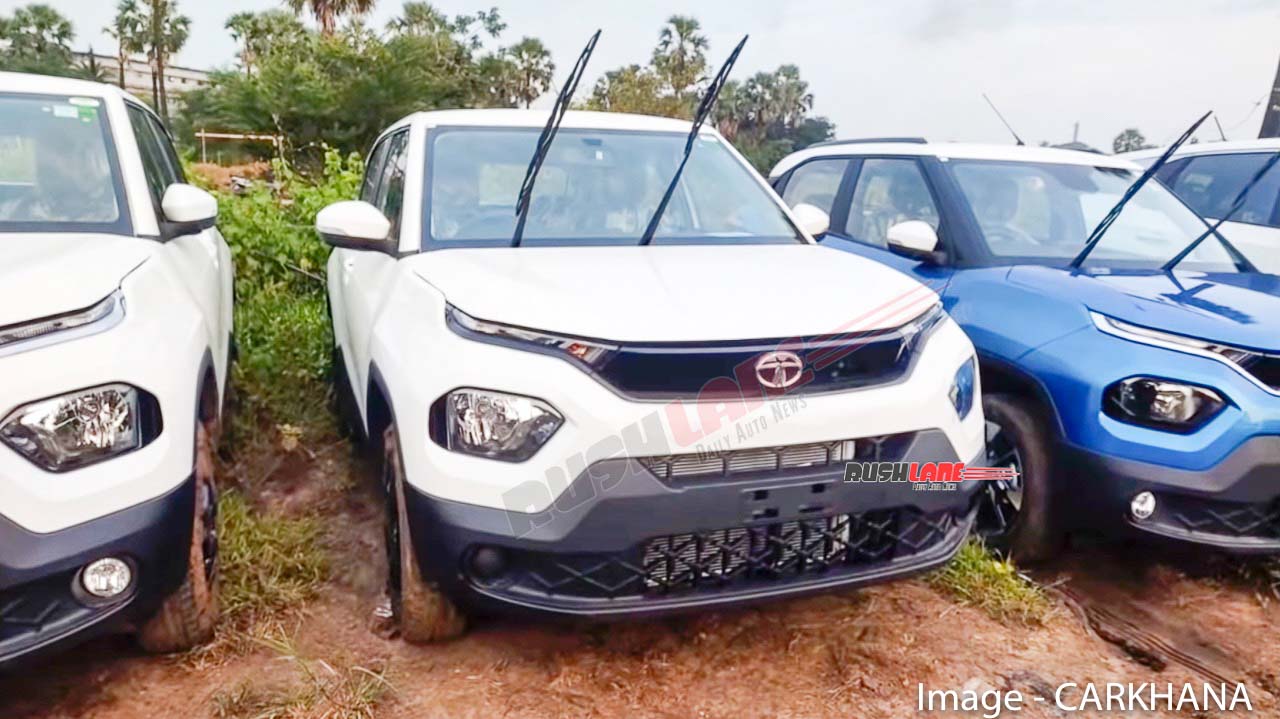 Showcased as the HBX concept at the 2020 Auto Expo, this micro-SUV, now named ‘Punch’, will be officially unveiled on 4 October 2021, followed by a launch.

Tata Punch Base and Mid Variants

The Tata Punch is expected to be offered in four trim levels of Pure (XE), Adventure (XM), Accomplished (XT), and Creative (XT O). Thanks to a new video from the factory, here are the first images of the Tata Punch Base and Tata Punch Mid variants.

From the images, you can see that there are three different types of frames. The first two punch in white colors are probably the base and mid variants – XE and XM. The Punch White on the left is seen with foglights on but the halogen headlight is worn. It is also seen with a black alloy, unlike the dual tone alloy that will come with the top of the punch.

The punch in the center is white, visible without foglight. It is likely to get steel wheels instead of alloys. This could be the Tata Punch XE base trim. More details will be revealed by Tata Motors tomorrow, when they officially reveal the new punch.

The Tata Punch will get exterior color options of White, Grey, Stonehenge, Orange, Blue and Urban Bronze along with dual-tone options. Borrowing some exterior design elements from the Harrier, the Tata Punch gets a vertically split headlamp unit, a dual tone front bumper and black cladding. Automatic headlamps and automatic wipers will be limited to the top end variants.

Both the Altroz ​​and the Punch share the same 90-degree opening doors that allow for easy entry and exit making the rear seats particularly easy to reach. The micro SUV measures 3,840 mm in length, 1,822 mm in width and 1,635 mm with a wheelbase of 2,450 mm.

The Tata Punch will borrow its engine lineup from the Altroz. This 1.2L, naturally aspirated Revotron petrol engine is rated to send 86hp power and 113Nm torque to the front wheels with 5-speed manual and 5-speed AMT options.

It will sport two driving modes of City and Eco along with Traction Pro mode. The punch is also likely to get the Altroz’s 1.2-litre turbocharged petrol engine that is mated to a 5-speed manual with 110 hp power. The Tata Punch is likely to be priced between Rs 5 lakh and Rs 8.5 lakh. It will compete with the Maruti Ignis and Mahindra KUV100 NXT in addition to select variants of the Maruti Swift, Hyundai NIOS, Nissan Magnite and Renault Kiger.

Share
Facebook
Twitter
WhatsApp
Previous articleAryan Khan made headlines from debut film to style and looks, these are the special things related to Shahrukh’s son
Next articleBigg Boss 15: Karan Kundrra on breakup with Anusha Dandekar- ‘Whenever a project comes…’
RELATED ARTICLES
Automobile