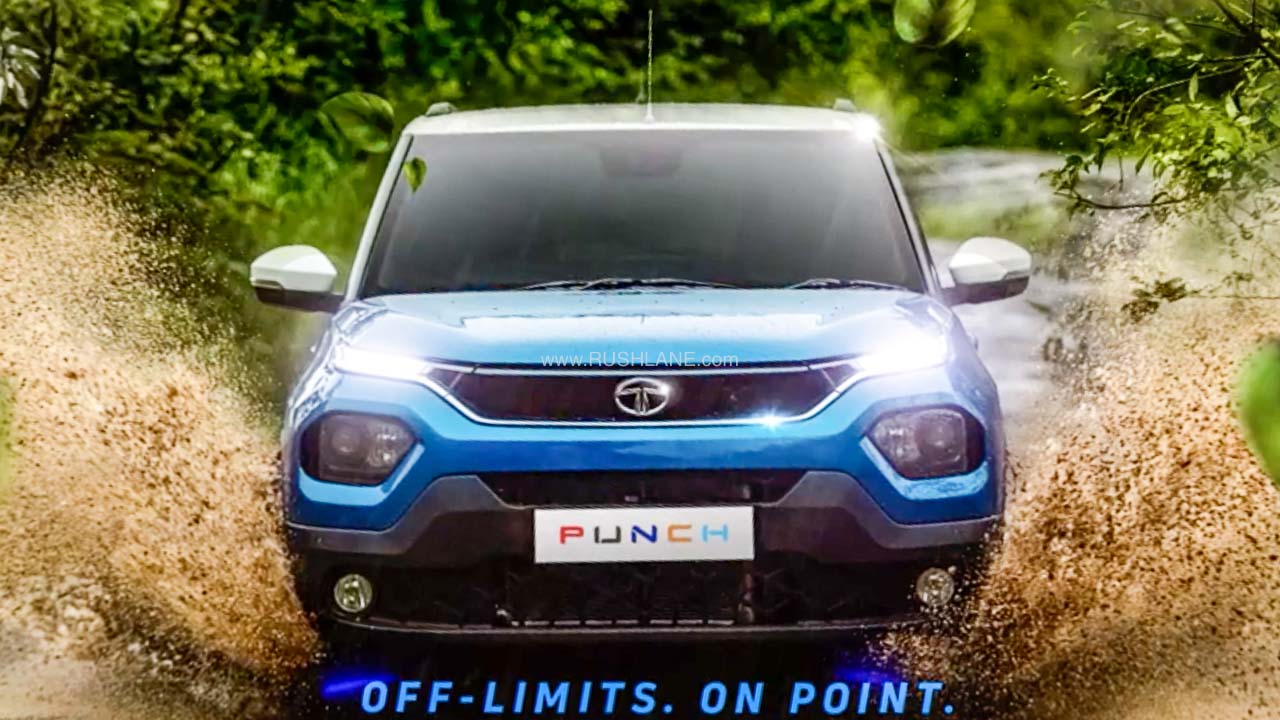 Tata Motors showcased this small SUV named HBX Concept at the 2020 Auto Expo. Now the name of the production model has been revealed and the 5 seater SUV is to be called the Tata Punch. The launch of this new car of Tata is near. Earlier, Tata has officially revealed the new pictures of the punch.

The new vehicles are being placed on two platforms from Tata Motors. Larger SUVs like the Harrier and Safari get the OMEGARC architecture, which is derived from the Land Rover D8 platform, while the smaller models are located on the ALFA-ARC (Agile Light Flexible Advanced Architecture) platform. The Tata Altroz ​​was the first model to be based on this ALFA platform while the Punch was the second.

The 5 seater micro SUV will be in the Tata Punch sub 4 meter category. It will continue to sport much of its exterior silhouette as seen on the HBX concept, but true to its SUV stance will receive the company’s Impact Design 2.0 philosophy that made its debut with the Harrier.

It will get bigger front bumper, split headlamp cluster, LED DRLs, LED tail lamps, bigger front grille and square wheel arches. The new punch will run on 16-inch alloy wheels and will sport a dual tone color scheme to help create the floating roof design. The raked windshield at the front, black cladding on its sides as well as the sculpted tail gate will also be one of its exterior features.

As of today, details have not been revealed about the interiors of the Tata Punch SUV, but it is set to follow those seen on the concept. Several teasers, models on test and spy photos and videos draw our attention to its cabin arrangement. The Tata Punch could get a full black finished cabin with comfortable seating, a semi-digital instrument cluster and a multi-function steering wheel with steering mounted controls.

Tata Punch will share its engine lineup with other Tata cars. It is likely to come with a 1.2-litre naturally aspirated petrol engine that makes 83 hp power and 113 Nm torque mated to a 5-speed manual and AMT. The other option that could be on offer is a turbo version of the same engine.

After its launch later this year, Tata Punch will enter a new micro SUV segment. It will take on the Mahindra KUV100, Maruti Suzuki Ignis and even the Maruti S-Presso. It is expected to be priced between Rs 5-8.5 lakh, ex-sh.

Share
Facebook
Twitter
WhatsApp
Previous articlePost pregnancy, Kishwar Merchant is battling these problems, wrote- ‘I was not the best but…’
Next articleArmaan Kohli has been accused of taking drugs and many other serious charges, NCB may seek extension of custody
RELATED ARTICLES
Automobile