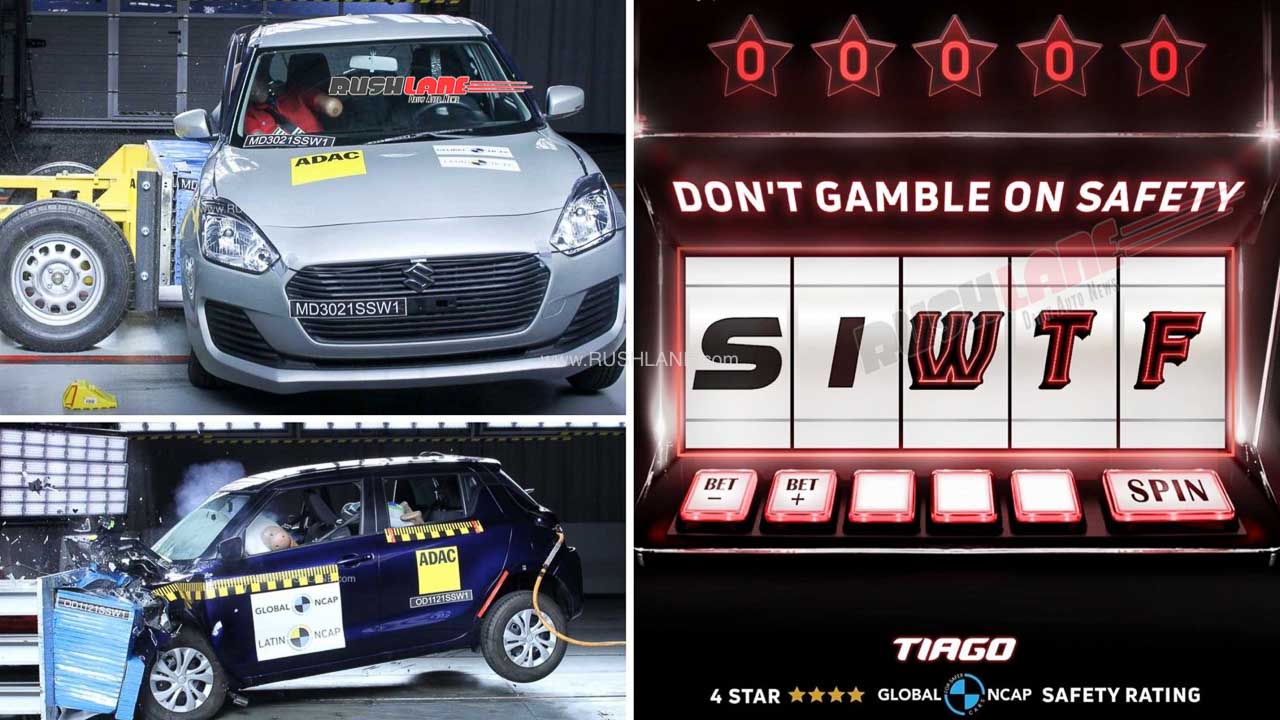 Apart from Nexon, Tata Altroz ​​has also got 5 star rating. Tiago and Tigor have got 4 star rating. For some reason, Tata has not crash tested its flagship cars Harrier and Safari, so their safety rating is not known. But still, their current line-up is one of the safest offering in the country.

Almost every time a rival car is crash tested, Tata Motors gets a chance to make fun of them. The latest prey is swifts. Recently made in India Swift has achieved 0 star safety rating in crash tests conducted by Latin NCAP.

Tata Motors has now shared a meme on its official social media handle. The meme says, “Latest NCAP safety testing shows ‘Swift’ is not safe to ride. Another reason to book the new Tiago – the seriously fun hatchback has been rated 4 star by Global NCAP for safety.”

It should be noted that though the car is made in India, it is not the same as the one sold in India. The Maruti Swift sold in India has achieved a 2-star safety rating in the Global NCAP crash test.

This is not the first time that Tata Motors has been making fun of its rivals regarding safety. He has ridiculed the slogans of Hyundai NIOS, Maruti S-Presso, Maruti WagonR as well as Maruti Kitni Kitna Hai.

Despite Tata Motors marketing its cars aggressively for the safety, there has been no decline in the sales of rival cars. In the past few years, the sales of Tata cars have seen a huge growth, but is it alone on safety features? Not necessary. The design of their cars has improved, which has also helped in taking sales to new heights.

The upcoming Tata cars will help the company to increase its sales even more. Their next launch is from Tigor Electric, which will happen tomorrow. After that, they will launch an all-new car called the Punch. It is based on the same platform as Altroz ​​and is expected to give a good security rating.