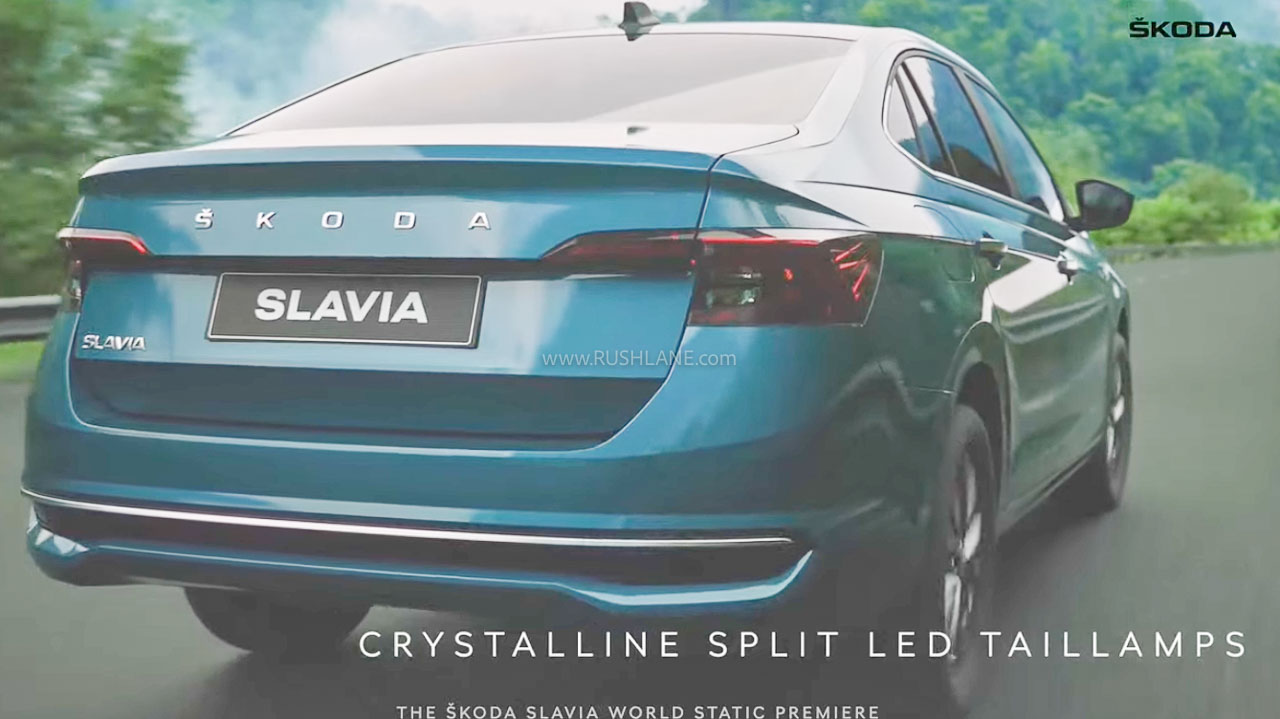 Skoda has officially revealed the much-awaited Slavia which will replace the outgoing Rapid. When launched, the Slavia will take on other mid-size sedans like Honda City, Hyundai Verna and Maruti Ciaz in the Indian market. The bookings for the upcoming sedan have already started while the deliveries will commence after its official launch in Q1 2022.

The Czech carmaker has put in a lot of effort to make the Slavia a worthy rival to the models mentioned above so that it can eventually become the segment leader in the mid-size sedan space. Let us see how the Slavia stacks up against its immediate competitors and its outgoing siblings and cousins- the Rapide and the Volkswagen Vento.

The first thing that comes to mind is that the Slavia is a much bigger sedan in comparison to the aging Rapid which has always felt a bit underpowered compared to its rivals. In fact, Slavia now comes second only to the city as far as the overall length is concerned. The wheelbase with the Ciaz is the longest in this category while the Czech sedan leads the way across all widths.

It has a height of 1487 mm which is slightly less than the city’s class-leading 1489 mm. Compared to the outgoing Rapide, the new Slavia is 128 mm longer, 53 mm wider, 21 mm longer and has a 99 mm longer wheelbase. The increased dimensions should result in better cabin space for the Slavia. In terms of boot, the Slavia clearly outperforms all its rivals with a luggage capacity of 521 liters.

Another important aspect is the powertrain under the hood of the car. The Slavia gets two engine options – a 1.0-litre 3-cylinder SI turbo petrol engine and a 1.5-litre 4-cylinder TSI turbo petrol engine. While the 1.0-litre unit is more than enough, the 1.5-litre TSI unit is no match in this category as far as the output is concerned. The latter makes a class-leading output of 148 Bhp and peak torque of 250 Nm.

The smaller 1.0-litre unit produces 114 Bhp and 178 Nm of peak torque which makes this engine the torqueist among all petrol mills in this space. However, unlike the City and Verna, the Slavia does not have a diesel powertrain. Honda City may also get a 1.0-litre turbo petrol engine in the top-spec RS trim coming next year.

Although the Ciaz gets the least powerful motor in its segment, it is the only one to be offered with the mild-hybrid system. Skoda has a variety of transmission options to offer with a 6-speed manual gearbox as standard. Automatic gearbox options include a 6-speed torque converter for the 1.0-litre unit and a 7-speed DSG for the 1.5-litre unit.

The Ciaz lags behind in this space as it only offers a 5-speed manual gearbox and a 4-speed torque converter. CVT gearboxes are available in each of the Verna and City along with a 6-speed manual as standard. So as far as the petrol powertrain is concerned, the Slavia definitely has a clear advantage.