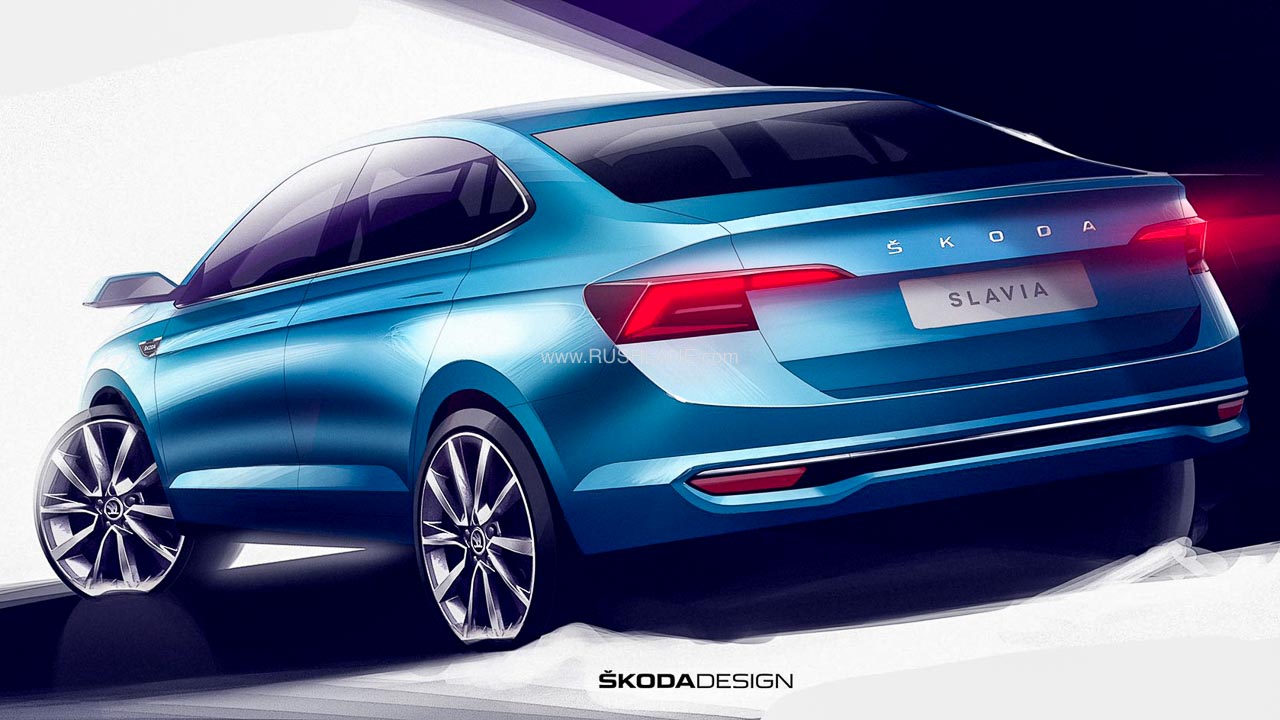 Skoda is all set to bring its second product under the India 2.0 project on 18th November – Here are the first official design sketches

Recently, Skoda confirmed that it has finally ended the production of the Rapid in India. This is part of his plan in which he is preparing to bring to Slavia, who will be Rapid’s spiritual successor. Rapid was on sale for almost 10 years, during which it sold over 1 lakh in India.

As we know, Slavia will be bigger than Rapid in all dimensions. When compared with its competition, it will be either the largest or the second largest in terms of length, width, height and wheelbase. The larger dimensions will help Skoda to portray the Slavia as a premium product in its segment.

In terms of design, it looks sportier than the Rapid. It has sharp edges like the big brothers Octavia and Superb. Under the hood, the Slavia will share its powertrain with the Kushak. However, koda has confirmed that the powertrain options have been further refined and revamped to suit the driving dynamics of the Slavia.

Skoda Slavia engine options will include a 2 petrol motor, a 1 liter turbo charged 3 cylinder engine that will be capable of churning out 114 bhp and 175 Nm of peak torque. The other option will be a 1.5-litre TSI turbo petrol that will churn out 148 bhp and 250 Nm of maximum torque. A 6-speed MT will be offered as standard across the entire range. A 6-speed torque converter AT will be given on the 1 liter motor while the 1.5 liter engine will get a 7-speed DSG as an option.

Until recently, we had only seen the car through regular spyshots. Skoda recently revealed the pictures of the car in its signature camouflage. It also provided a small media drive for Slavia’s Work in Progress units, as was the case for the Kushk prior to its launch.

From official photos and videos, we get to see some of the major attractions of Slavia. These include LED headlamps with integrated DRLs, all-black butterfly grille, a subtle dash of chrome at the front, coupe-like roofline, LED tail-lamps and sporty alloys.

Post launch, the Slavia will compete with the Honda City, Maruti Suzuki Ciaz and Hyundai Verna. Slavia’s two other upcoming competitors will be the Toyota badged Ciaz, mostly called the Belta from Volkswagen, and the Slavia’s cousin. While some trims of Rapid offered exorbitant value for money, due to their aggressive pricing, we do not think Slavia will be launched with a similar strategy.

The Slavia will mostly be showcased and priced as a premium sedan in its segment and hence may attract pricing premium as well. Reports suggest that Skoda will keep the Slavia price under Kushak, which could be good news for the perspective sedan buyers!