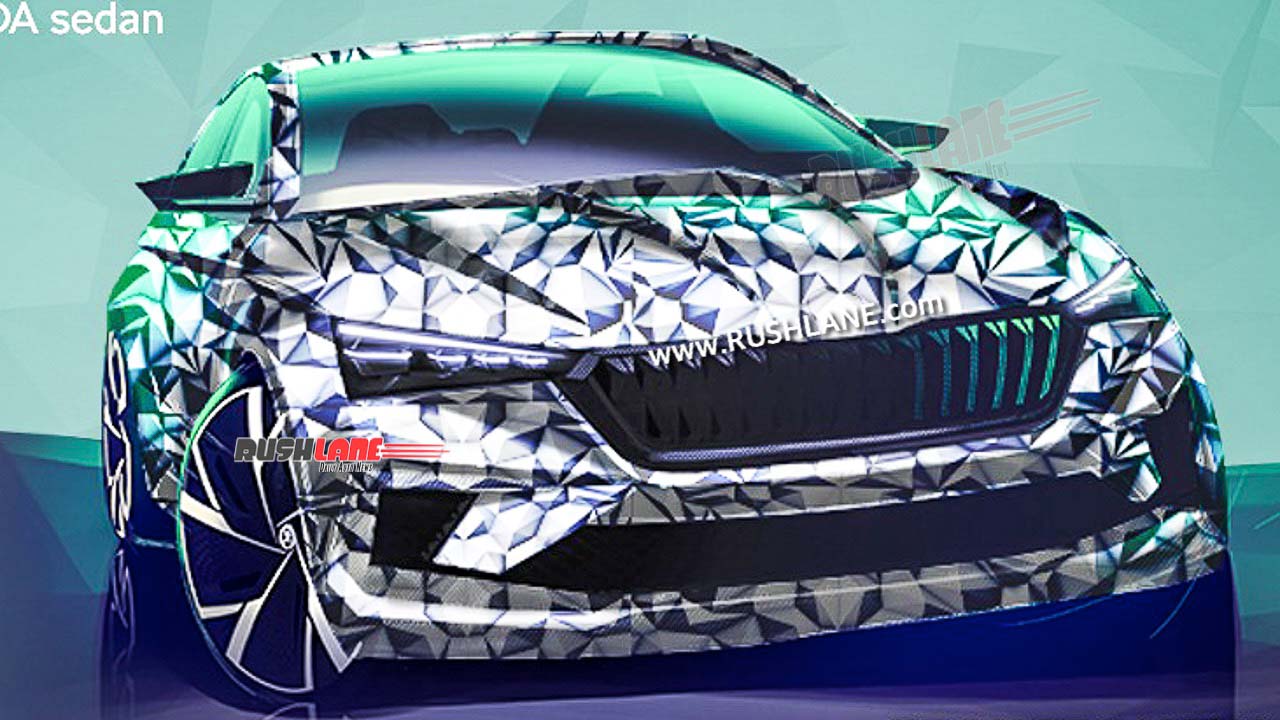 A few weeks after the launch of the Kushak, Skoda India has officially kicked off the activities for its second global premiere in India this year.

Skoda’s Rapide is well out of date, although it clearly needs a replacement now. While the new generation models have been received in many international markets, for the Indian market, Skoda still continues with the decade old model. However, as a part of its Bharat 2.0 strategy, it plans to bring in a new sedan that will replace the Rapid and compete with the likes of Honda City and Hyundai Verna.

The new Skoda sedan will make its global debut in India later this year. Today, Skoda India has officially kicked off the activities for its upcoming new sedan. The Czech brand has announced a competition called ‘Camouflage with Skoda’. Skoda Auto India is organizing a design competition where budding Indian designers are being asked to participate and design a camouflage for their upcoming mid-size premium sedan.

Entries in the competition will be open until 18 August 2021 and the top five entries selected by the jury will be announced on 23 August 2021. A final winner from the top five shortlists will be announced. The initiative provides a platform for design enthusiasts to share creative ideas, including the opportunity to visit the global headquarters and meet the head of design in Prague.

Internally, this new sedan is known as ANB, and is expected to be launched in the country with the ‘Slavia’ nameplate. Recently, what appears to be a preliminary test of the sedan was spied testing in Pune. The test unit was completely covered in heavy camouflage but displayed in larger proportions than the Rapid. The unit also includes stylish LED tail-lamps at the rear and a distinctive Skoda-style vertical slat grille at the front.

The Slavia will be based on the same MQB A0 IN platform that Skoda will also deploy on the Kushaq. Thanks to platform sharing, it is expected that the Slavia’s engine options will include a 1-litre petrol motor and will come with both MT and AT options. There is also a possibility that a 1.5-litre motor could also be offered in it.

As is the case with most VW and Skoda products, this new sedan will also have a VW sibling. The same platform will be used by VW to develop the spiritual successor to the Vento. In the international markets, VW already sells the Virtus and it will come as no surprise that the upcoming Indian model gets some inspiration from it as well.

On the features front, it is expected that Skoda will load the sedan with several new generation features. This will help the company to better compete with the current heavyweight champions Honda City, Maruti Ciaz and Hyundai Verna in the segment.

With the change in generation and name plate, we expect Skoda to bring in a major change in the pricing as well. The Slavia will mostly be offered as a premium product and hence could be quite costlier than the outgoing Rapid.