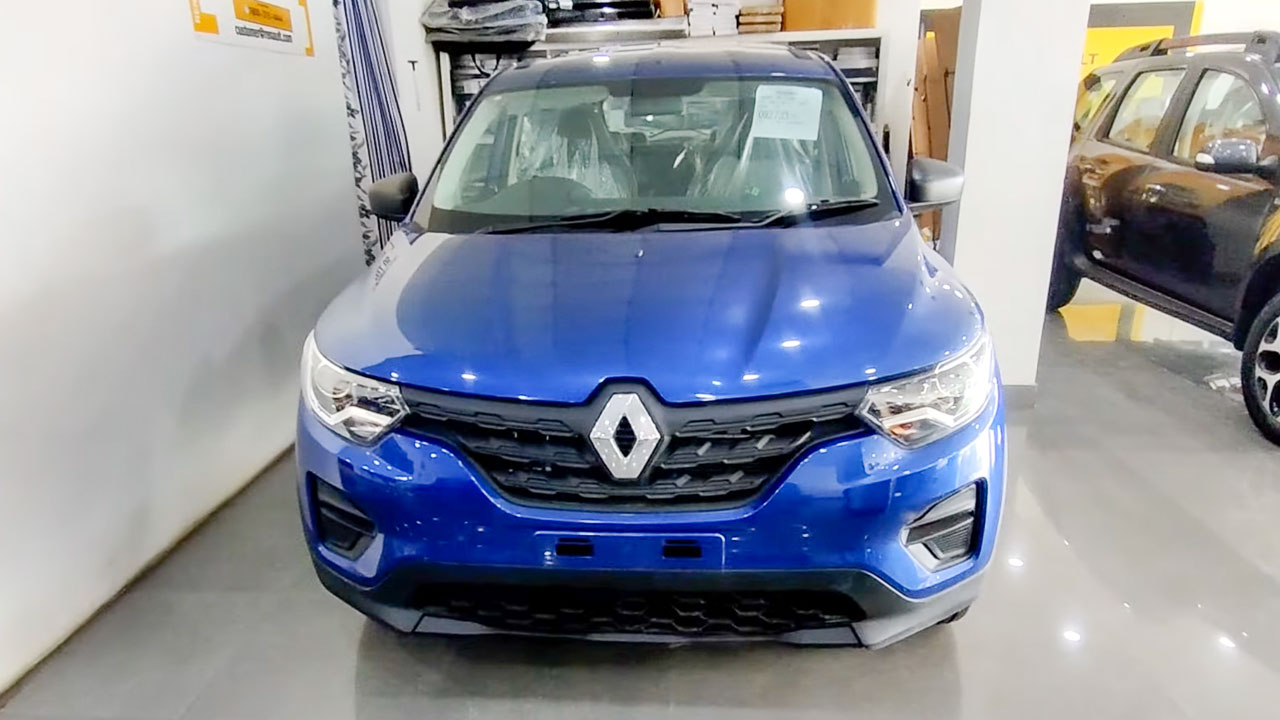 Renault Triber is one of the mass sellers for the French automaker in India. The Triber has been consistent with its sales figures since its launch a few years back. However, the current conditions have been challenging for all automakers due to various reasons including rising input cost which may impact sales volumes.

It is likely that to counter the increase in production cost, Renault has introduced a series of updates to the Triber’s lineup. This includes some feature deletions as well as some inclusions. The updates across all lineups booked from August will be applicable to the respective trims of the Triber. Hat tip to automotive enthusiast Sharman D’Souza for sharing special pictures.

Starting with the removed features, the energy badging on the tailgate has been omitted from the entire lineup of MPVs. The body-coloured ORVMs present in the RXL, RXT and RXZ trims have been replaced with blacked-out units.

The latter two variants also get integrated turn indicators on the ORVMs. The chrome embellishments on the front grille have been dropped from the RXL and RXT. Similarly, the body-coloured door handles have been replaced with blacked-out units in the RXL trim.

The top-spec RXZ trim no longer receives its distinctive RXZ branding. The black cladding from the B pillar has also been dropped from the lineup. Many features inside the cabin such as the driver side seatback pocket and cooling glove box have been dropped from the RXT trim. Eco scoring mode is not available in the infotainment system on both the RXT and RXZ.

Overall, the RXL trim has seen the highest number of feature deletions like side body decals and second, cooling function from the center console and third row AC vents. Another significant change in this trim is the replacement of the piano black finish on the dashboard with matte black treatment.

That said, some features have been added to the lineup as well. For example, the RXL trims now feature power functionality on all four window and roof rails. The side body under sills have been changed from black to body color as standard across the lineup. Apart from this, the top-spec RXZ trim gets a new gear knob design which feels more premium.

More significantly, except for the base-spec RXE trim, the variant names have also been changed. The RXL trim will now be called the RXE+ trim while the RXT and RXZ will now be called the RXL+ and RXT+ trims. There have been no updates on the design and mechanical front. It continues to be offered with a single 1.0-litre naturally aspirated motor that kicks out 71 bhp and 96 Nm of peak torque.