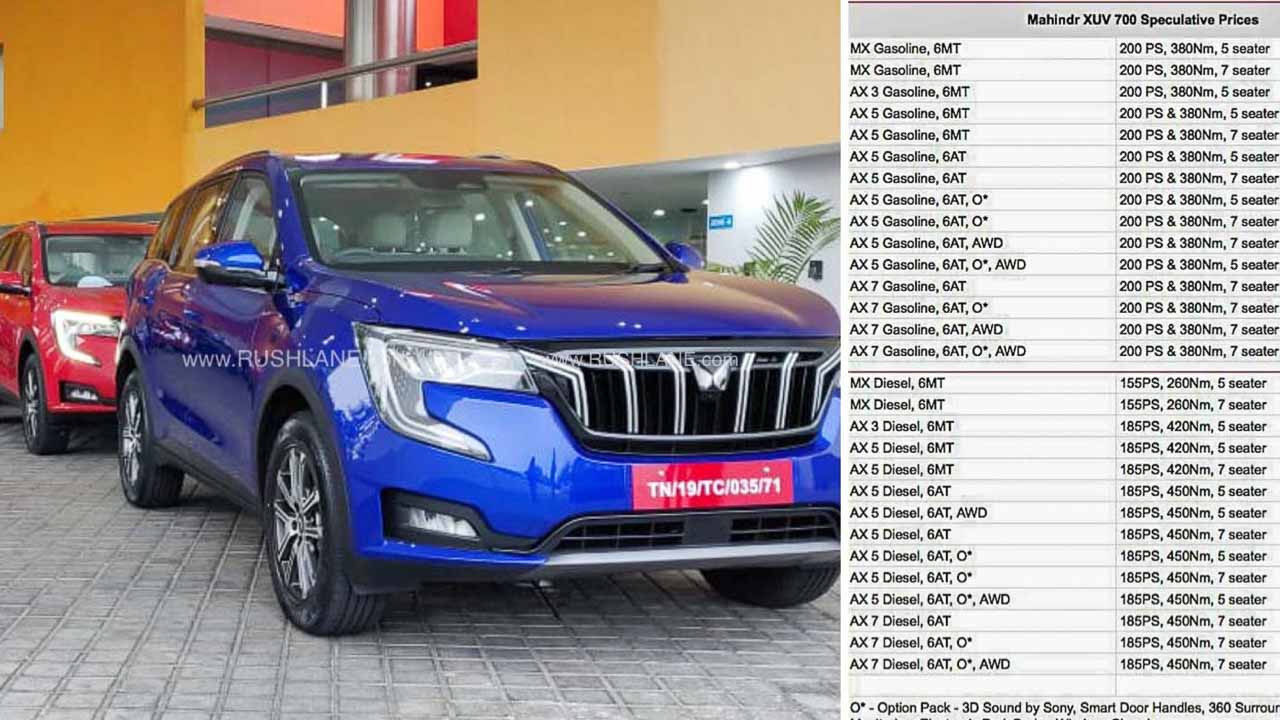 Speculative prices of the XUV700 have started doing the rounds on the internet, based on the prices of select variants shared by Mahindra. Please note that these are not official prices. Nor are these variants that have been confirmed to launch.

Mahindra will offer the XUV700 with both petrol and diesel engine options. Customers will have the option to choose between a 6-speed manual and automatic transmission. AWD will also be made available on select variants, making the XUV700 the only vehicle in the segment to have this feature.

The petrol engine option will be a 2-litre turbo Amstallion motor that will be capable of producing 380 Nm of torque and 200 PS. The diesel option will be a tried and tested 2.2 liter turbo mHawk motor, which will be available in 2 state tunes. It will produce either 185 PS and 420 Nm (manual) / 450 Nm (automatic) of peak torque or 155 PS and 360 Nm (manual) of maximum torque. Select diesel trims will come with 4 drive modes namely Zip, Zap, Zoom and a custom mode.