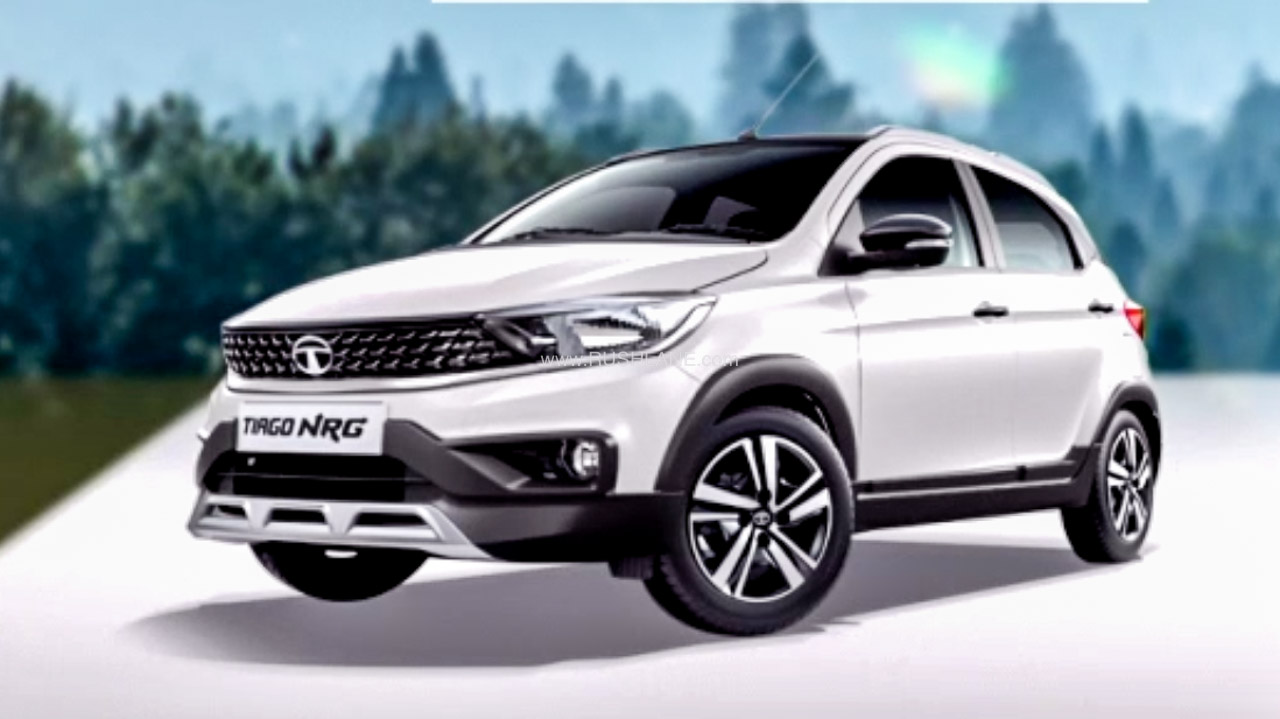 A few days back, Tata Motors shared a teaser video on social media which indicated that it would be relaunching the Tiago NRG Edition. First introduced in 2018 but discontinued after a year, the NRG variant was essentially a crossover version of the Tiago hatchback. This version of the Tiago attracted customers who wanted a budget car with an SUV-ish stance.

The new 2021 Tiago NRG Edition has been launched today. Its price has been started from Rs 6.57 lakh for the MT variant while the price of the AMT variant is Rs 7.09 lakh. All prices are ex-sh. These are initial prices and are likely to increase later.

The new Tata Tiago NRG comes in a choice of 4 colours; All with a dual-tone paint scheme with a new green as its primary color and a black roof and exterior rear-view mirrors (ORVMs). The colors on offer are – Foresta Green, Snow White, Fire Red and Cloudy Grey.

The pre-facelift Tiago NRG came with specially designed alloy wheels, blacked-out front grille, black door handles and sporty blacked-out body cladding on the side panels, top of the wheel arches and taillights. The same can be seen in the 2021 Tiago NRG as well.

Other design changes have been redesigned front and rear bumpers with faux skid plates and a body kit that makes it more aggressive. In terms of dimensions too, the Tiago NRG is different from the regular Tiago hatch.

The crossover will measure 3793mm in length, 1665mm in width and 1,587mm in height, while the wheelbase will remain unchanged at 2,400mm. Ground clearance has been increased by 10mm to 180mm.

Inside the cabin, the toughened version of the hatchback will feature an all-black theme with a blacked-out dashboard and upholstery. Contrasting orange accents may feature air-con vents and around the center console. The standard facelifted Tiago gets a new steering wheel and digital driver display.

In terms of equipment, it offers a similar set of features to the regular Tiago. These include a 7-inch touchscreen infotainment unit with Android Auto and Apple CarPlay, Harman sound system, automatic climate control, multi-functional steering, keyless entry and more. The safety kit on offer will include dual airbags, ABS with EBD, rear parking sensors and rear parking camera.

The Tiago NRG will be powered by the same 1.2-litre Revotron petrol engine as the standard hatch. This unit can generate power of 85 bhp and peak torque of 114 Nm. Transmission options will include a 5-speed manual and a 5-speed AMT gearbox. Bookings are open and deliveries will start in the coming days.