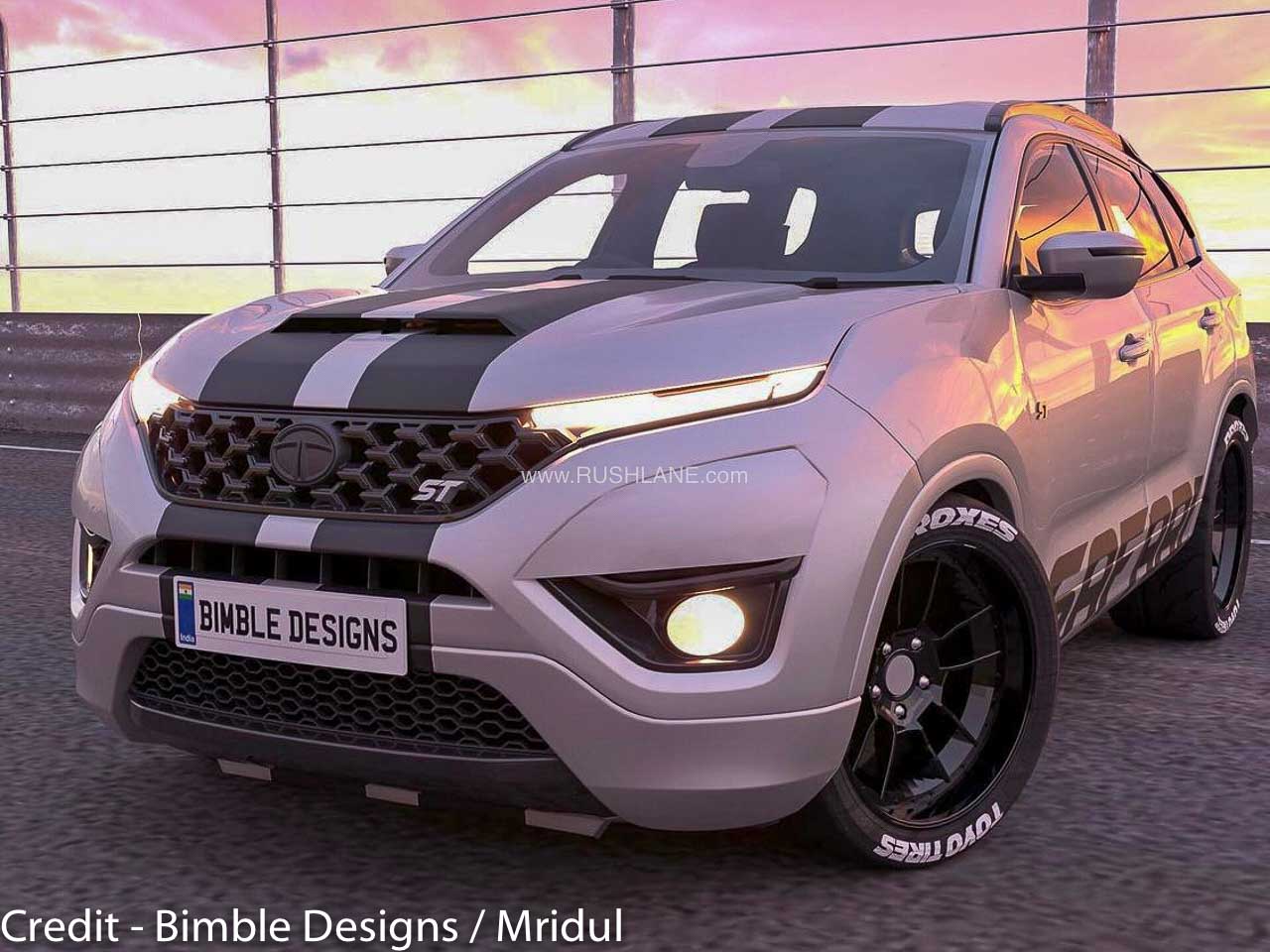 Here the Tata Safari is digitally presented as a track-only race car, with a fire-breathing V8 motor under the hood.

The Tata Safari and its 5-seater sibling Harrier have been the subject of digital rendering for many digital illustrators. Thanks to its versatile design, we are able to view multiple renderings of the SUV duo in different body styles like convertible, GTS pick-up truck and off-road vehicle.

We now have another digital rendering of Safari created by Bimble Designs and shared on Instagram. Here the SUV is digitally visualized as a track only race car. Though the overall profile of the SUV has not been tampered with, the artist has made a lot of changes in its styling thus giving it a refreshed look.

Starting with the exterior, the SUV is now covered in silver paint with a matte finish. The track-only concept also gets a different set of headlights than the stock Safari.

The single-beam halogen headlight gets glossy black colored inserts in its surroundings. It wears massive black stripes that extend from the front face to the rear end, thus indicating sportiness in its design.

The front grille design is similar, but has a black finish with the Tata logo at the center and an ‘ST’ branding at the corners. The ST badge can be found on the front doors as well as the rear tailgate. The SUV also gets a scoop on its bonnet that lets the big V8 engine down. The front bumper is distinct with smooth lines that ensure better aerodynamic properties.

There has been a honeycomb mesh pattern for the air intake vents. Along its side profile, the large wheel arches are flanked by all-black hubless alloy wheels fitted by track-specific Toyo tyres. The roof rails and B and C pillars have been done in black. At the rear, the SUV gets a roof-mounted spoiler, shark-fin antenna and a single pair of taillights with a Safari branding in bold letters on the tailgate.

Additional illumination has been installed along the lower reflector. The digitally rendered Safari also gets a faux bash plate on the rear bumper surrounded by a black chrome diffuser. The Safari ST sits close to the ground with a rigid suspension setup, hence, establishing its sporty credentials.

The most impressive feature of this rendered Safari is the fire-breathing 6.2L Hemi V8 engine that is supercharged and borrowed from the Jeep Trackhawk. In its stock form, the Safari is powered by a 2.0-litre Kryotec diesel engine that produces 168 bhp and 350 Nm of peak torque. This powertrain is mated to a six-speed manual or 6-speed automatic gearbox.