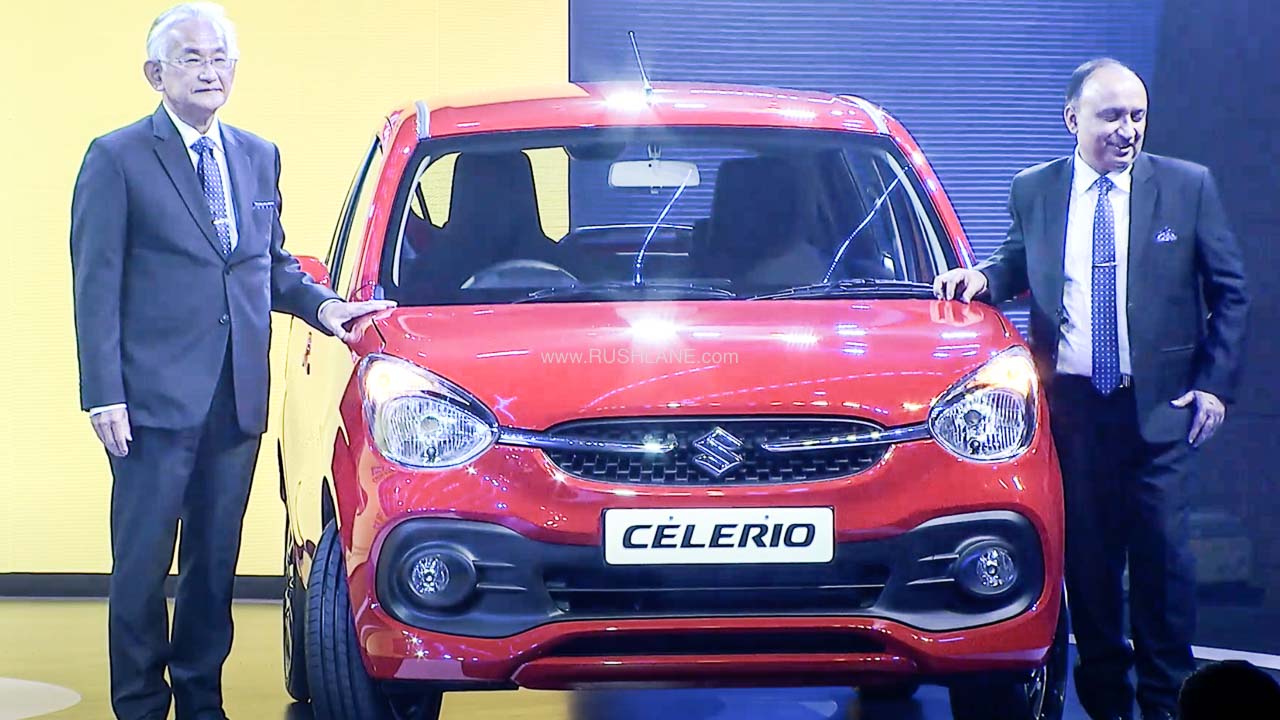 Maruti Suzuki has officially launched the second generation model of the Celerio at a starting price of Rs 4.99 lakh for the base petrol MT variant, which goes up to Rs 6.94 lakh for the top of the AMT variant (all prices are ex-showroom). . The first-gen model of the compact hatch made its debut in 2014. Units of the new-gen Celerio have started arriving at dealerships across the country.

As is evident from the images, the second generation Celerio is bigger in every way than the outgoing model. Apart from this, it gets a new interior layout and a completely new exterior design with some technology on board. The bookings for the new Celerio have already started and interested customers can reserve the car for a token amount of Rs 11,000. Prices of all the variants of Maruti Celerio can be seen below.

The new-gen Celerio is underpinned by the latest iteration of the brand’s Heartect platform, which has resulted in an increase in the dimensions of the hatch. In its latest avatar, the Celerio is 3695 mm tall, 1655 mm wide and 1555 mm tall and offers a wheelbase of 2435 mm. This makes the all-new Celerio 55mm wider and 10mm longer in wheelbase which should translate to better interior space.

The boot space has increased by 78 liters and now measures 313 liters while the ground clearance has increased from 5 mm to 170 mm. It notably gets a beefier stance due to the more aggressive bumper and slightly boxy silhouette that gives it a crossover-ish appearance. The most notable changes include a completely redesigned front face with a new set of headlamps and grille.

It also gets a distinct chrome trim that extends from the headlamps to the front grille. The blacked-out bezel on the front bumper gives the car a sporty appeal. Maruti is offering the new 15-inch black alloy wheels only on the top-spec variant. There are additional creases in the doors and fenders that add more character to the hatch. Other highlights include wraparound taillights, new flat-type door handles and an integrated rear spoiler.

The visual changes inside the cabin make it a refreshing experience. The most notable change is a revised dashboard layout with a new 7-inch free-floating touchscreen infotainment display enabled with Android Auto, Apple CarPlay and Suzuki SmartPlay Studio. Other features include push start/stop buttons, request sensors on the doors, electrically foldable exterior mirrors and keyless entry.

Powering the second-gen Celerio is a new 1.0-litre K10C naturally aspirated motor that replaces the outgoing K10B unit. The latter pushed out 67 bhp and 90 Nm of peak torque, while the former kicked out an extra 1 horse and 5 Nm. Like its predecessor, the new Celerio is offered with either a 5-speed manual gearbox or a 5-speed AMT.

The new motor also comes with a feature called ‘Idle Start Stop’ (ISS) which automatically shuts the engine down at signals and traffic to further enhance fuel efficiency. Maruti claims that this engine gives the highest mileage of 26.68 kmpl in the current PV market in India. The company is offering the new Celerio in four trims LXI, VXI, ZXI and ZXI+. An AMT variant will be on offer across all trims except the base LXI trim.