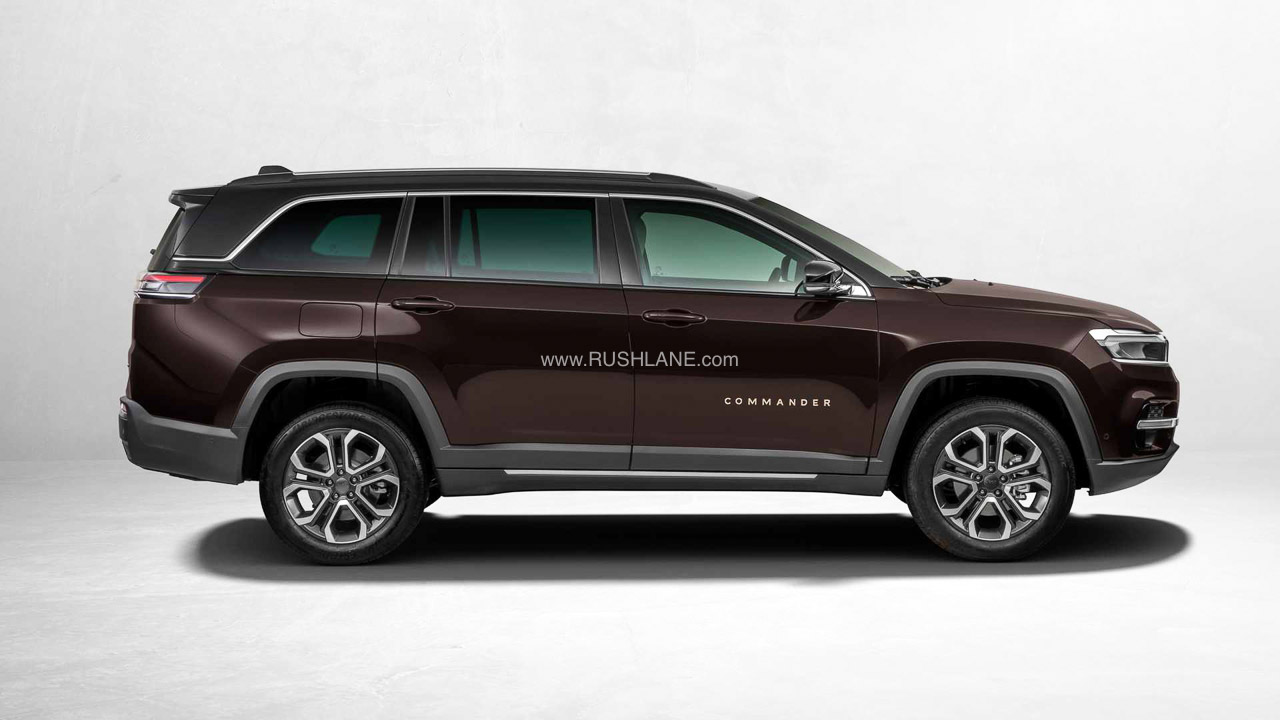 When launched in India, the Commander (Meridian) will rival the likes of Volkswagen Tiguan Allspace, Ford Endeavor, MG Gloster and Toyota Fortuner.

Fiat Chrysler Automobiles (FCA) has finally unveiled its new seven-seat SUV based on the Compass. The SUV will later be launched in many markets including India. Internationally, this SUV will be branded as Commander, while in India it is likely to be named as Meridian. In India, Mahindra had earlier sold an SUV called the Commander and it is likely that this is the reason why Jeep will not name its new SUV as the Commander in India.

The Commander is based on the same platform as the Compass and will also borrow some styling cues from its smaller 5-seater sibling. For starters, the Commander flaunts a signature 7-slat grille with chrome accents, surrounded by rectangular full LED headlamps on either side with integrated headlamps.

However, there are notable changes in its design as compared to the Compass. For example, the design of the front bumper with LED DRLs and large fox vents with fog lamps is exclusive to the Commander. Other styling differences include a chrome strip running across the fascia and a faux silver skid plate.

The seven-seater SUV also gets large rear doors for easy entry and exit, especially for the third row occupants. Stretched-out rear quarter glass panels and extended rear overhangs also give a hint of the third-row of seats.

Moving to the rear, the SUV gets a flat tailgate with slim LED tail lamps that are reminiscent of the Jeep Grand Cherokee. Other notable exterior highlights include prominent wheel arches that include newly designed U-shaped dual-tone alloy wheels, black ORVMs with LED turn indicators, roof rails and a muscular bonnet. Overall, the Commander gets a wider road presence than the Compass.

The interior of the Commander is in line with the facelifted Jeep Compass as it gets the same dashboard layout and premium upholstery. It is expected to be offered in five and seven seater layouts. In terms of features, it comes with a 10.1-inch touchscreen infotainment system with a 10.25-inch digital instrument cluster.

Overland’s top-spec Brazilian trim was packed with all the bells and whistles that include wireless Android Auto and Apple CarPlay, Amazon Alexa support, automatic climate control, a panoramic sunroof, ventilated seats. Among the safety features on offer, the most notable being the inclusion of electronic stability program, hill launch and descent control, traction control and ADAS (Advanced Driver Assistance System).

Powering options for the Commander are sourced from the Compass which includes a 1.3-litre turbo petrol mill and a 2.0-litre Multijet diesel unit. The former is rated to deliver 185 PS and 270 Nm while the diesel offers 170 PS and 380 Nm.