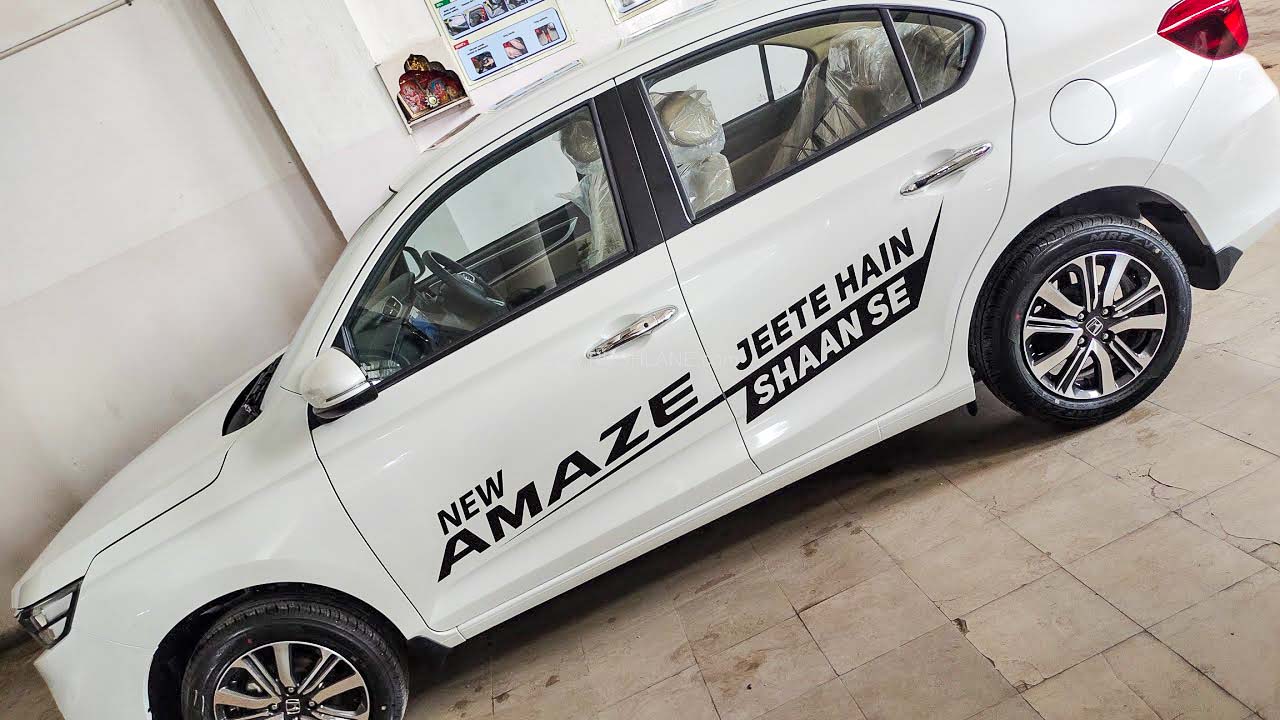 Ahead of its launch on August 18, the new 2021 Honda Amaze facelift has started arriving at dealerships across India. It will be offered in petrol as well as diesel engine options, which are similar to the current Amaze. Manual as well as CVT automatic transmission option will be available.

Since the updated Amaze is basically a mild facelift, the changes are relatively subtle. Most of the updates are related to cosmetic changes only. Modifications include new LED headlights, updated front bumper and new LED fog lamps. The overall front bumper has also been redesigned and gets an extra dash of chrome. New alloy wheels are also seen on the side. On the back, there’s some extra chrome

Under the hood, there will be no change in the offerings. There are 2 engine options, namely the 1.2-litre iVTEC petrol motor and the 1.5-litre iDTEC diesel engine. Transmission options include a 6-speed manual transmission and a CVT autobox, which are available with both the engines.

Side profiles, new alloy wheel designs have been seen. Which seems a bit more premium than the outgoing model. There are also new chrome door handles on the side. The new Honda Amaze 2021 facelift. The updated Amaze also comes with new exterior color options. Take a look at the detailed walkaround video of the base model Amaze facelift, thanks to Kamal Yadav.

As of now, Amaze is offered in 5 colors namely Platinum White Pearl, Golden Brown Metallic, Lunar Silver, Modern Steel Metallic and Metallic Radiant Red. At the rear, you get chrome garnishes and reflectors on the bumper.

Updates to the interior include a new fabric upholstery, a revamped dashboard with satin silver inserts and an updated touchscreen infotainment system that will be wirelessly compatible with Android Auto and Apple CarPlay. Most of the Creature Comfort features include height adjustable driver seat, push button start-stop, keyless entry, cruise control and more.

Post launch, as before, the Amaze will take on the likes of Maruti Suzuki DZire, Tata Tigor and Hyundai Aura. Considering the updates to the new facelift, a slight jump in prices is expected. Honda’s current line-up in India includes Jazz, WR-V, City and Amaze. Going forward, there is speculation that Honda would like to enter the SUV segment.