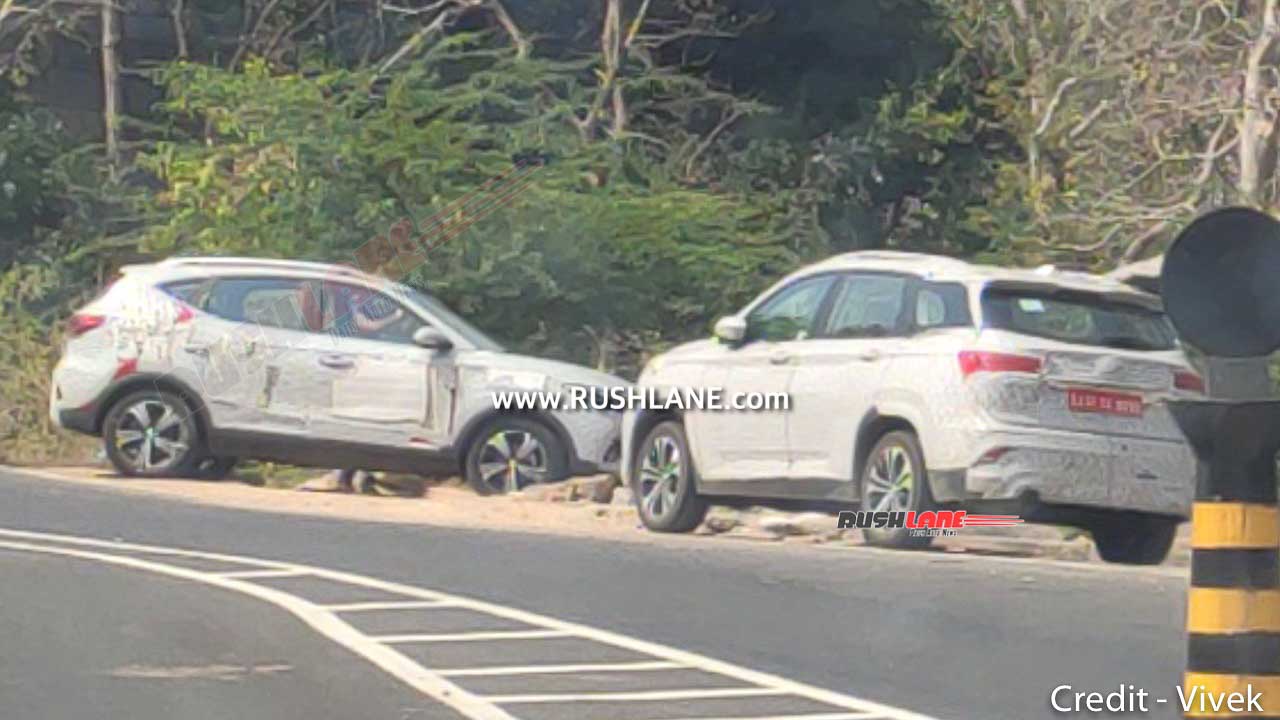 Recently, some car makers have launched new variants of different models with fewer features – this may be due to the global shortage of semiconductor chips.

MG Motor will soon add new variants to the Hector and Gloster lineup. This will be done to give more choices to the consumers. The deliveries of the new variants of both these models have started and the official launch is expected in the coming few days. Hat tip to automotive enthusiasts Ram and Tejas for sharing the update.

The Chinese-owned British carmaker recently completed two years since launching the Hector in the Indian automotive market. The 5-seater version of the SUV is currently sold in four trims- Style, Super, Smart and Sharp. MG Motor is now gearing up to launch a new mid-spec ‘Shine’ variant in its lineup.

The new Shine trim will be positioned between the Super and Smart trims. While the exact feature configuration of this trim is yet to be revealed, it is expected that this new variant will be offered with almost all the features of the Smart trim, except a few premium creature comforts. Since both the Super and Smart feature features like touchscreen infotainment systems, it is almost certain that the new Shine trim will also come equipped with this feature.

Features- On offer and not on offer

This is probably done to combat the global shortage of semiconductor chips. Expect features that require more chips in the new Shine trim. MG offers the Hector two engine options – a 1.5-litre turbo-petrol mill and a 2.0-litre diesel engine. Transmission duties are handled by a 6-speed manual gearbox as standard on both the engines with the option of CVT and DCT automatic gearboxes in the petrol unit.

MG will offer an additional 7-seater variant of the top-spec Savvy trim of the Gloster. As of now, the top-spec trim of MG’s flagship SUV has been offered only in a six-seat layout. This will make the range-topping trim a bit more accessible as the seven-seater models are more affordable than their respective six-seater counterparts.