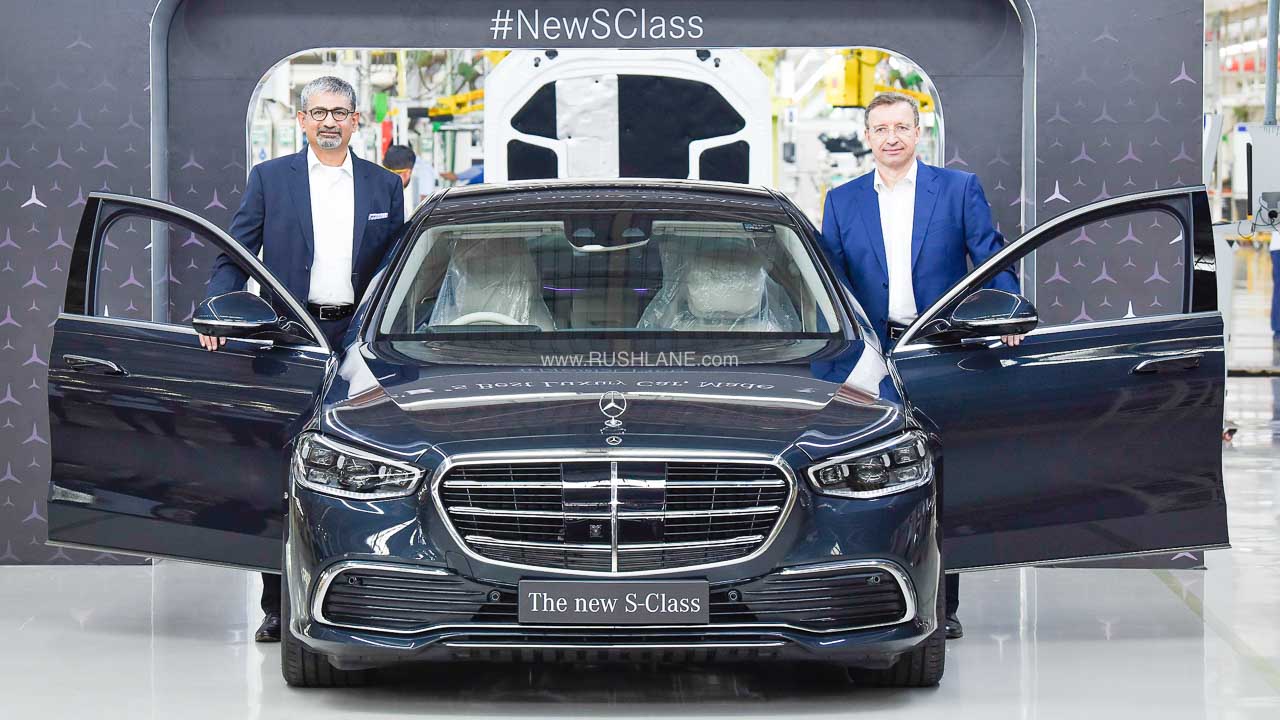 Mercedes-Benz launched the seventh-generation S-Class in India in June this year as the CBU – it competes against the BMW 7 Series and Audi A8.

Mercedes Benz India has always been striving to expand its local operations. Over the years, they have launched several locally assembled SKDs (Semi Knocked Down). Many of the company’s high performance AMG branded cars such as the GLC 43 Coupe are now locally assembled through SKD kits at its Pune facility.

The German marque has been renowned for its exceptional build quality and technologies over the years. Today, Mercedes has launched the more affordable SKD variant of the S-Class in India. It is priced at Rs 1.57 crore for the S 350d and Rs 1.62 crore for the S 450 4MATIC. This is around Rs 60 lakh less than the CBU variant.

Apart from the more accessible price tag, this new S-Class will also miss a few gizmos from its CBU (completely built unit) to make it more India-centric. The new S-Class will be offered with 19-inch alloy wheels instead of the 20-inch unit offered in the current model. Features like rear axle steering and front massage seats will also be dropped from the equipment. Instead, Mercedes will offer seat kinetics that reduce body roll during hard cornering.

The SKD derivatives of the S-Class will not receive the top-spec AMG Line trim and will likely be discontinued from the lineup. If not, the AMG line trim will continue to be offered as the CBU. Rest of the features are more or less same as the CBU version.

The diesel engine remains the same, but delivers less power and torque. Under the guise of its CBU, this 3.0-litre inline six-cylinder diesel engine makes 330 hp and 700 Nm of peak torque. Now, it delivers 286 hp and 600 Nm.